Don’t Say This To Your Woman

It is said that understanding a woman is a difficult task. She might seem happy but then one wrong word or you expressed yourself badly, she would get angry. But, when you’re in a relationship you’ve to make sure that you don’t say certain thing which would hurt her. 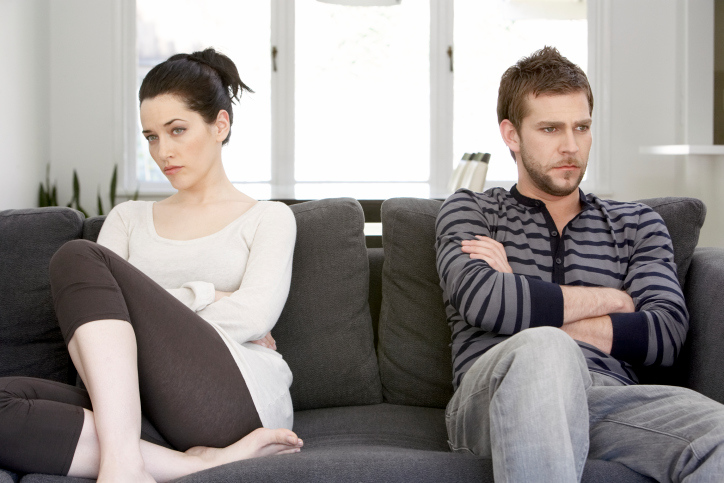 There are many lists available on what to say to a woman but then they fail to tell you what ‘not’ to say. This is equally important for you. Considering this, we bring to you a list which would tell what not to say to you woman.

1) No Ex: Avoid talking about your ex. You’ve to understand that every woman is different. You simply can’t compare your present girlfriend to your ex and make her feel jealous. If you would still talk about your ex then she might even get a feeling that you haven’t forgotten her completely and still miss her. So, no ex is your conversation.

2) Avoid Talking About Weight: We think when we’ve compliment on their weight; we have done a great thing. Might be and might not be. Some might take it as a complement whereas some might think you though she was fat before. It is better to be avoided until and unless they themselves don’t ask. And even if they ask, give a politically correct answer.

3) Don’t Call Her Drama Queen: One thing you need to understand is that we all are attention seekers, somehow or the other. So, if you’re telling her that she is a drama queen then hold your tongue. We men also do something similar to it like getting angry soon, gush over gadgets. So, think before you tell her ‘drama queen.’

4) Don’t Comment On Her Makeup: Okay fine, she loves putting on makeup, so what? You can suggest her if you wish to but then it is better if you can just not comment her after it’s done. She might not take it in a good spirit and then you would be at the loss. So, it’s better to be away from the things we hardly know.

5) ‘I wish’: This word is really dangerous. You need to accept her the way she is, instead of saying that you wish she had a nice body or a great eye. This would develop a feeling that you’re not accepting her the way she is and she would feel insecure. It’s better if you could avoid it.

6) Commenting On Her Friends: Her friend might be too good or otherwise. One thing you should do is avoid commenting on her. This would give her a feeling that you’re more attracted to her friend than on her. And once a woman is jealous, it’s hard to get rid of it.

7) Commenting On Family Members: You might not like her dad or her mother or her siblings but just don’t say a bad word about them to her. A girl, no matter what, is attached to her family. You say a wrong word about her family; your story ends then and there. So, don’t even think about it.

Women are not too hard to know. All you’ve to have to do is to pay a little attention to the fact that she is a different from guys. She is a bit emotional. So, before you speak out anything from your mouth, think about it.