7 Things That Turn Off Men

Ever wondered, why a nice on-going date takes a ‘U’ turn and everything ends. Well, you were doing all the necessary things which were needed to impress a guy and moreover, everything was going fine. But, this could be your side of the story. On the other hand, you did something that turned him off. 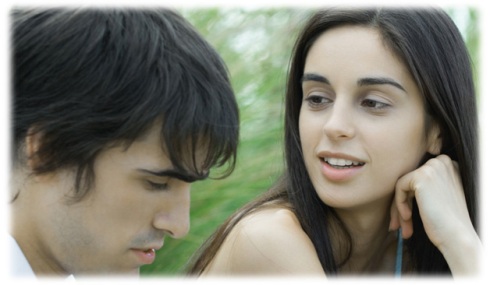 In a movie, ‘How to lose a guy in 10 days’, it was shown that what a woman should ‘not’ do when she is dating a guy. Likewise, we would take you for a ride where we will tell what you should avoid when you’re with a guy of your dreams.

Jump To The Future

It’s not your fault; it’s there in our genes. Whenever we think everything is going fine, we take our guy in the future. A future where we are married, living in a nice place and have a small family. We even start dreaming about it. This is what turns him down, actually. You’ve to understand that men are not so emotional like us, they a practical. They don’t want to go into the future rather they would like to be in the present. Whenever you talk about the future, they get scared and start keeping a distance from you. So, rule one, avoid talking about the future.

It is true that a woman has a better sense of things. And man, in that case, is casual. But, this doesn’t mean that you start finding fault in everything he does. If you would start saying bad and start criticizing him for his every action, he will leave you in no minute. He wants to have his own space and comfort. Give him that. You also need to adjust to things a little bit. So, stop nagging him.

Pet Names Are For Pets

As we said earlier, women are bit emotional as compared to men. This means when women are in love they tend to name their men with some strange but sweet names. But, a man would certainly not like this. He doesn’t like to be addressed with names like ‘cutie pie’ and others. He is certainly not your pet and would not like such pet names. So, don’t address him with innovative names.

It is said that excess of anything is bad. And this rule applies over here, too. Your guy wants to know about you but not the entire four generation details. Being a woman, it is difficult to hold on to that emotional flow when we start talking. It would need a little practice and a little sense of how much to share and how much not to share. Make sure that your excessive sharing of the details won’t turn off him.

It is still the same world which won’t accept a woman with maximum hookups but can easily accept a man with a long list of hookups. A man wants a trustworthy and reputed lady with whom he can spend his life. If you’re among those who hook up to every second man on every second day, then impressing a man could be a mammoth challenge for you. It is good if you can keep your hunt for your Prince Charming a little slow.

It is possible that you’re a little possessive about him as you start dating him. You would, naturally, ask about the details too. But do you know that this act of yours can actually turn him off. He would start feeling as if his own space and freedom are gone and he is making a mistake by being with you. The moment he will get this feeling, that very moment he will decide to leave you. So, show some faith on him and stop asking him about account of every minute.

It is true that no two people are same. And there is surely the possibility that you don’t share a good rapport with some of your friends, people from your workplace or even your family members. But please, don’t share these things with the guy you are dating. It would give him an impression that you consider yourself as one the finest creatures and all around you are trash. Moreover, you would bore him with these conversations. Make sure, no complaints.

It is not easy to get a nice decent guy to date. It is even harder to spend time and impress him. One little mistake and he may turn off. It is important that you understand the fact that men are different than women. So, if you’re able to impress him properly then surely, the time ahead would be good for you. Along with what you can do make sure that what you should not do.