Appreciate Your DNA If Beer And Cheese Smells Nice To You

Smell is an important part of the body’s sensory system. There is a specific sensory nerve that makes us smell things, which goes by the name of olfactory nerve. Smell is closely related to the sense of taste. 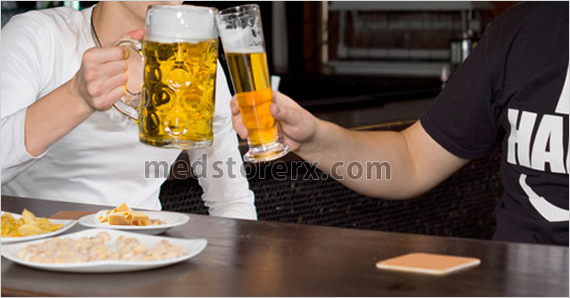 The inability to smell is medically termed as Anosmia. Usually, the desire or aversion to certain foodstuffs becomes a habit and it often depends on whether we like or hate. Same is the case with beer and cheese; if they smell good to you, then there is some genetic background behind such temptation.

What kind of study was conducted?

A group of medical researchers explained that human genes (DNA) regulate the sense of smelling. The team of doctors discovered the chromosomal origin to explain why people smell a particular thing differently. One of the medical experts wanted to analyze the link between the sense of smell and genetic predisposition in depth. The team performed a study by evaluating the sensitivity of ten different smells that are found in foods and beverages in 100 different individuals.

The food products used were beer, blue cheese and apple. The participants were asked to determine the aroma of each glass. Then, the experts investigated the blood samples of these people to analyze their genetic status. At the same time, the reports of smell tests were also analyzed. The researchers were surprised with the result, as there was a significant difference in reports.

Few people were good at detecting the correct smell, while few of them didn’t. It was a bit easy to examine the genetics of these people by examining their smelling sense. They got the genetic origin on why they were able to smell only few aromas. After complete analysis, they opined that certain odors are definitely linked with genetic influence.

Nasal cavity is an important part of the body with nearly 400 olfactory receptors that are actually responsible for the sense of smelling. These receptors are linked with the chromosomal structures. Every individual is born with relatively different features, hereditary codes and varied mixture of olfactory sensitivity. Because of these reasons, everybody has a unique feature that characterizes the sense of smell.

For instance, you might like cheese in burgers or salad, but have you tried eating a bar of cheese directly? If not, then you should try once. To be precise, the smell of cheese is really sour and pungent. In fact, many people do not like the smell of cheese, but they like it in burgers due to its mild flavor. When a cheese is ripened, it is white and soiled with germs, giving rise to an offensive smell. This smell will get into your deep olfactory receptors and remains there for some time. Nevertheless, if you are one of those people who can bear the smell of blue cheese, you should actually be grateful to your genetic disposition or DNA. The same story is applicable to beer.

The conclusion is that there is a definite connection between your craving or smelling sense and DNA structure or genetics.