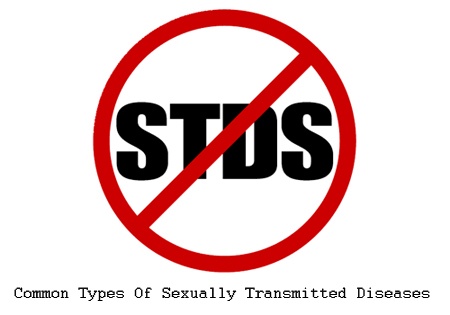 STD’s stand for sexually transmitted diseases and many of the people are affected by these. People having STD’s suffer physically, mentally, socially and psychologically. There are total 25 types of STD’s and among the several obnoxious and pain giving STD’s here are the three i.e. HPV, Herpes and Chlamydia which needs special attention.

HPV is a Human papilloma virus which causes infection in the skin and also in mucous membranes. It is known to affect women more than men. Many of the HPV’s do not cause any severe damages to the hosts but there are also some viruses that are cancerous. Most of the patients of cervical cancers develop disease due to HPV. HPV is also responsible for causing penile, vaginal and anal cancers. HPV infections remain in human body for almost two years. If the infections remain in the body for long term then it takes almost 12-15 years to develop cancer. Before the cancer to develop, some conditions are developed in the body that may cause infertility. Due to the modern technology, one can detect HPV in the STD test before it does any severe damage to the body.

The primary and major reason for the occurrence of the HPV transmission is getting into contact with genital region. Pap smears can easily detect the HPV. When it is detected it can be treated early before it causes cancer. In order to prevent cancer, the sores that are present can be removed with the help of surgery. Those people who are constantly in a sexual relationship are advised to go through the STD test to have a check for HPV in every six months. This test is mostly recommended for women.

Herpes simplex virus is responsible for causing Herpes. The virus is generally found in cervix and genitals. Herpes remains for a longer time but the carriers that cause HSV does not show any signs and thus stay away from virus. A person suffering from Herpes get symptoms like orals sore and genital blisters. Through these symptoms one can easily recognize that the person is suffering from herpes. Many times even after few months the symptoms are not visible. Symptoms of primary infection include vaginal discharge, fever with painful sores, painful urination and blisters. Herpes is one of the recurring diseases and the repeated symptoms that are found in a sufferer are blisters in thighs, genitals and rectum.

It is the bacterial infection which is caused most frequently in individuals. In most of the cases, Chlamydia comes without any symptom and causes no obvious damage. However, when it is left untreated it can cause pelvic diseases and then can lead to infertility. The females that are infected by Chlamydia can cause abdominal pain, vaginal bleeding, fever and frequent urination. Symptoms that are observed in males are urethral inflammation, swollen testicles, fever and penile discharge. Other than affecting genitals, Chlamydia is also responsible for infecting eyes. If the mother is infected the disease is passed on to her baby. Many antibiotics such as ofloxacin and erythromycin can cure the disease. In order to prevent the disease, it has to be detected in early stages.