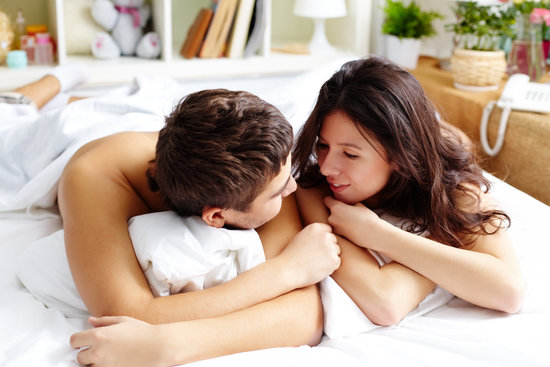 Female sexual ejaculation is given less attention, at least as compared to men. It is widely believed that females reach their sexual climax less often than their counterparts. Men are often blamed for their lack of skill or inappropriate sexual abilities, but this is not always the factor in case of absence of female climax.

According to researchers a-third of the female population have experienced sexual climax, some reports say that 10% of the women never have had a climax. It is also believed that achieving an orgasm can work as a stress buster and some studies also show that they might increase your life-expectancy.

Here are some of the recent researches that have been done on why sexual climax becomes difficult to achieve for women.

A research by the Indiana University says that contraceptive pills are the cause that females have less sexual climax and there is also reduction of sexual arousal. But Dr. Cynthia Graham who is a Senior Lecturer in Health Psychology at the University of Southampton and a leading sex researcher, says otherwise. Her take on the matter is that, pills affect the libido and because of that females have less desire for sexual intercourse which relatively further decrease their climaxes.

Some studies also show that brain chemistry plays an important part in a climax. Neuroscientist Janniko Georgiadis of the University of Groningen, in the Netherlands has shown it in a research in which data was derived from scanning the brain of people. He said that “We found a marked deactivation of the prefrontal cortex, an area of the brain we know is important for self control. It indicated that, to become really aroused you need to have a feeling of not caring what’s going on around you, of letting go.” This validates the fact that small distractions or troubles may make it difficult for a woman to achieve climax.

Studies have proved that the inability of a man to copulate is majorly due to erectile dysfunction, and for a good hard erection blood flow to the penile region is a must. Some experts believe that this could be also a reason why women also face difficulty in attaining sexual climax.

After the widespread success of male sexual enhancement drugs which enhances the blood flow, a lot of pharmacy companies and experts have turned their eye on whether a similar solution could be found for female sexual climax. Their perception is that like the male reproductive organ, the female sexual organ might also be facing the problem of inadequate blood flow.

As is stated above, there are some studies which demonstrate that trouble in sexual climax may be related to distractions or concerns which are faced by women. But there has been no hard evidence or studies that back up the fact blood circulation also may be a factor that affects the sexual climax in women.

Testosterone is a hormone that is released from the ovaries of a woman, which can be referred to as the female sexual climax hormone. It gradually starts to decrease with old age which causes older women to have fewer climaxes. “Testosterone really is the orgasm hormone,” says Dr. Kathy Maupin, author of a new book, ‘The Secret Female Hormone: How Testosterone Replacement Can Change Your Life’.

Many women struggle to get a sexual climax because they do not have the proper knowledge. There are couples who think that female climax should happen when having an intercourse. Many women get their first climax in their 50s.

Increase in weight may result in changing the hormonal levels in the body which may lead to reduction in sexual climax.