Wish to become a father? Then, don’t mind going little nuts. Walnuts, it is. According to a study conducted by the University of California, walnuts help in boosting the fertility levels and improving overall quality of sperms in men. 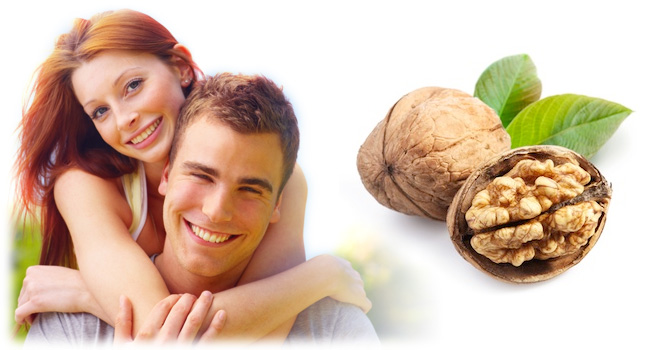 This finding has come as a huge sigh of relief to millions of people as according to research, about 70 million couples around the world are affected by problems like subfertility and infertility.  About a third a half of these cases are because of men’s poor quality semen which can be associated to reasons such as pollutions, western-style eating habits and unhealthy lifestyle.

The research on if walnuts had any impact on the quality of sperms was carried out on 117 men between the age group of 21 and 35 who followed western lifestyle. 58 among them were asked not to eat walnuts while remaining 59 of men were instructed to eat 75 g of walnuts every day for 12 weeks. 75 g as the amount for consumption was decided citing the fact that it was sufficient enough to bring changes in the lipid levels in blood and that it was not much to cause weight gain. At the end of this experiment, it was found that those men who ate walnuts every day had an improved quality of sperms than before. The vitality, motility and structure of their sperm were much better than those men who did not eat walnuts.

Polyunsaturated fatty acids (PUFAs) are very imperative for the maturation of sperm. It also helps in the integrity preservation of the membrane around the cell which in turn has an effect on its capability to fertilize an egg. Polyunsaturated fatty acids are present in walnuts in large quantity making it an important part of food to improve fertility level. Other western-style diets which contain this fatty acid are flax seeds and fish oil supplements. Also, walnuts provide an important source of linolenic acid (ALA) which is a natural plant source of omega-3.

At the end of the 12 week experiment, those men who ate walnuts also had more levels of omega-3 and omega-6 fatty acids in their blood.  The sperms of these men showed hardly showed any chromosome abnormalities. Therefore, if you were worried about the quality of your sperm, walnut is the solution. Eat walnuts every day and make your life worriless.