How To Diagnose And Treat Chlamydia

We all know that sexually transmitted diseases (STDs) could be life-threatening. Some might not be as dangerous as HIV/AIDS, but surely can affect the health badly. These if not diagnosed within time, then can ruin the life. One such disease is Chlamydia. 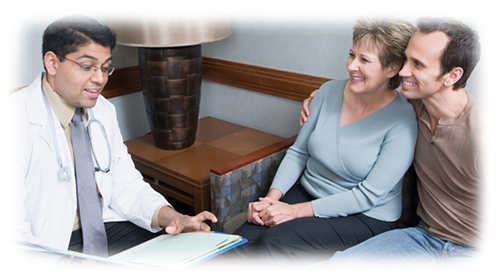 Chlamydia is caused by the bacteria. Normally, people are not aware that they haven’t developed the signs and symptoms; which may include pain while urinating or penis or discharge from the penis or vagina. This is found in both men and women, though most common in young women. Although, it can be treated easily once diagnosed but if left untreated, it could lead to very serious health problems.

As we said that it is found in both men and women. As they both have different body structure, this bacteria shows different signs and symptoms in them. Let us understand them.

This disease doesn’t show its symptoms due to which men won’t be able to realize that they are suffering from it. If they have symptoms, then the following are the common ones:

Some might get the mild symptoms which can disappear after a few days. Even if the symptom is gone, you might be affected by infection. If left untreated, it could lead to problems like swollen testicles or reactive arthritis and even infertility. It is important that you get yourself check the moment you get any of the above symptoms.

Just like men, women also fail to notice the disease as it doesn’t show any symptoms in them. Though, most of the women are suffering from this disease. If they happen to get a sign, then following could be the common possible symptoms:

Similar to men, if this is left untreated then it can reach to the womb and can cause problems. If reached to the womb, it can cause miscarriage, infertility and ectopic pregnancy. It is better that if you get any of the symptoms, then visit a doctor and get yourself treated.

As Chlamydia is caused by the bacteria, it can be treated by the antibiotics. It was found that maximum people who were suffering from it got treated well with the use of antibiotics. There are two most common medicines which are prescribed to treat it; azithromycin and doxycycline. In some cases, the doctor may use a different medication to treat you.

If, in case, your partner is being diagnosed with the disease, it would be wise to start with the treatment even before getting the test results. Women need to be frank with their doctor and tell them if they are breastfeeding a baby. The antibiotics can cause problem to your child.

As far as getting back into the sexual life is concerned, one should avoid it for at least a week after finishing the course of medication. It would also be wise to avoid it until your test results are clear. Also, never hesitate to ask your doctor regarding these queries.