There are a lot of myths on the human brain going around that we have collected some 5 myths and shown how research has debunked all of them and stated the facts as well. 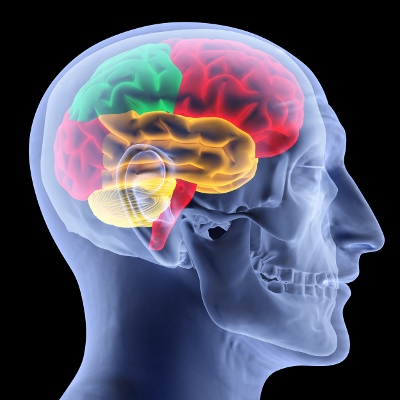 The human brain is an advanced and intricate hardware that is very hard to comprehend, yet there are many simpletons out there who incorrectly trivialize many facts about it. Here we sieve out the truth from some of the myths that have been around for ages and accepted by people without validation.

The Myth: To-be parents played the notes of Mozart with the expectation that it would tap their child’s innate genius and is often referred as the Mozart effect

The Research: A 1993 study playing Mozart to a set of students who then scored 8 points higher in an IQ test. Scientists however clarified that the result did not indicate that Mozart increased general intelligence.

The Fact: The Mozart effect only links to spatial-temporal logic a computer science field. Mozart did create good quality music but it never managed to unlock an individual’s brain.

The Myth: At times we all feel that we are not using our brain to its capacity, but there’s absolutely no proof that suggests a person’s mind only makes use of 10 %.

The Research: The following explanation was put forth by the Smithsonian Institute: Brain requires a great deal of energy to form throughout fetal / childhood improvement and later preserves them as we age. Evolutionarily, it makes absolutely no sense to carry around this excess generated brain cells.”

The Fact: You don’t need all of your brain to function at any given time, but the 10% figure is a myth.

Alcoholics Are Killing Their Brain Cells

The Myth: This is a common myth which states that every time you have an alcoholic beverage it kills off a certain portion of your brain cells.

The Research: Brain tests of alcoholics show that although their brain cells didn’t die, its neuron tips were harmed, impacting cognition. Research cites that the harm alcohol gives these cells, is usually reversible.

The Fact: You might not feel good when you’re in a hangover, it’s definitely not because the alcohol wiped out your brain cells.

The Myth: People who are creative in life are termed right brained and those good at logic, reasoning and analytical skills are said to be left brained

The Research: Research conducted recently, on the other hand, has entirely debunked the myth of the right versus left. Deciphering 1011 brains on a 2-year time, study found no evidence that many people use one side of the brain more frequently than another.

The Fact: There is no evidence that creative people are right brained and analytical people are left brained.

The Myth: Your brain is losing its power when you forget small things like going to a room and pondering why you came there.

The Research: Researchers investigated this event and concluded that the brain compartmentalizes details very well that even a physical obstacle can hint your mind that you have moved on to a different task, therefore it is time for it to record the information away.

The Fact: Although it could be irritating sometimes, this sensation is helpful, since it enables you to concentrate on one task at any given time.