Medical Treatments That Work Beyond Conventions 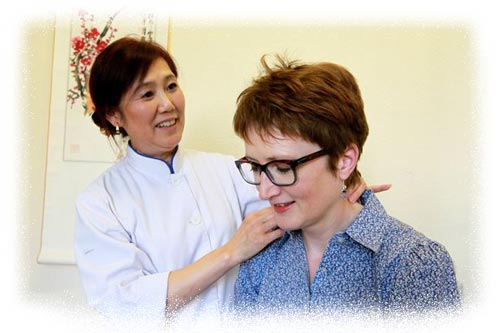 Feeling sick? Pop a pill! That’s the mantra for many of us. But how many amongst us know of at least some strange ways to treat certain diseases. Some of the techniques mentioned here are in practice across many parts of the world. Some strange therapies are futuristic while some have been in practice since a long time now. Given below are the crème de la crème of the unconventional treatment methods that people actually use:

Most of us who are sci-fi movie aficionados might have heard about cryogenic chambers. It’s the chamber where the bodies are preserved in liquid nitrogen and then awakened many years later. Well that’s in the movies. However cryogenic therapy or cryotherapy aims at subjecting the whole body to a temperature of -120 0C for a small duration of time (usually 3 minutes). As per researchers this acute change in temperature triggers the body to release pain relieving hormones that improves the body’s immunity. This treatment is known to improve sporting performances.

Much like cryotherapy, in dousing cold water is thrown at a person, which catches them off guard and forces the body’s immune system to take action thereby rejuvenating it.

Ever since a celebrity revealed that the secret of her young skin is leech therapy, this unconventional medical practice has been in the highlight. Medicinal leeches have proven benefits in reducing blood coagulation, aiding in the blood flow of a patient with reattached limbs. Leech therapy is not devoid of complications some of which are: prolonged blood loss, bacterial infection and allergic reactions.

Leech therapy and bloodletting needs to be mentioned in the same breath as their principle of operation is the same. In bloodletting a person is cures of his illness by withdrawing large quantities of blood.  It may come as a surprise, but bloodletting has been in practice for the last 2000 years. However, earlier it was risky as this procedure resulted in a lot of deaths, but with the advancement of science this method is now safe for the treatment of diseases like porphyria.

In urine therapy a person is required to rub urine (preferably their own) to their body for cosmetic and medical purposes.  The best known use of urine for personal health is to drink it on an empty stomach for a good bowel motion. In case most of you are getting disgusted after reading this, don’t worry as the medicinal benefits of urine therapy has not been proven so far and that means that you may not be required to drink your own pee for now.

Unlike urine therapy, beer therapy has proven health benefits and many spas across Europe have opened their own section of beer therapy. This is a dream come true for many. What happens in these spas is that people are made to soak themselves in bathtubs filled with beer which is known to relax their joints and muscles. Due to the presence of Vitamins in beer it also replenishes the skin and improves a person’s complexion. And yes, alcohol is absorbed through the skin, so you also come out of the bath tub mentally relaxed.

Similar to a sauna, a group sweating includes psychotherapy or group counseling as well. Group sweating is carried out in many cultures and is an age old therapy.

Yes, you read it right. For ages, doctors have being prescribing their patients smoking as a therapy. Don’t jump guns before reading the whole article. Nicotine stimulates the brain and hence cigarette smoking has proven effects on improving the symptoms of ADHD. Research has also proved that smokers have a reduced risk of Parkinson’s and Alzheimer’s disease. Although cigarettes have their benefits, its vices far outnumber these benefits.