Aspirin Use And Age Related Blindness

Are you one of those who frequently pop up an aspirin whenever having a headache? Well, if you are then stop now. According to a latest study, frequent use of the pill can lead to age related blindness. Excessive consumption of aspirin may lead to a condition called age related macular degeneration (AMD). 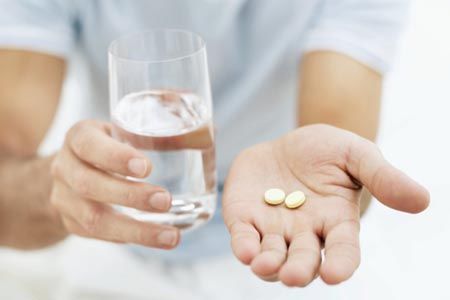 It is a problem mainly affects the elderly. It leads to permanent or partial blindness in the center of the vision. In some extreme cases the person suffering from the condition may not able to recognize people or read anything. There are basically two types of age related macular degeneration that are ‘dry’ and ‘wet’. Frequent consumption of aspirin may lead to the wet version of the condition also called as neovascular AMD.  Macula, the central part of the retina of our eye plays a significant role in vision.

Neovascular AMD is caused when this Macula is covered by blood vessels. This study was conducted by American Medical Association and was published in their journal of January 2013. During the course of the study 2389 adults were put under observation. They were all aged 49 or above at the beginning of the study. All the adults were categorized into three fields depending upon their usage of Aspirin. They were divided into occasional users, non users and regular users. There were in total 257 regular users of and 375 occasional users of the drug. The end results of the study which came after 15 years were astonishing. According to the results wet AMD was developed by around 3.7% of the non users of the drug.  This was in marked difference to 9.3% regular users of aspirin when compared. The results of the study were most pronounced after the 15 year gap. This gap made the researchers believe that it was the drug use over the time period that has resulted in problems in the vision.

On the other hand the investigators do not agree with the researchers.  According to them the research conducted by the researchers is not definitive. They argue that the tests conducted weren’t themselves random, they were carried out in a controlled and closed laboratory setting. According to the investigators some additional tests must be conducted in some other circumstances. It was a cohort study which aimed to look at whether long term aspirin usage was in any way linked to the development of age related macular degeneration in a person.  The end results suggested that there was a strong link between the risk of developing wet AMD and aspirin usage. The study had some strengths and weaknesses. The main strength was that it collected the information prospectively over a long period of time through eye examinations for checking AMD. This method somehow made sure that the cases of AMD were unlikely to be missed. On the other hand the main weakness of the study was that it results could be easily affected by confounding as it was a cohort study.