What you should know about Concussions- a Common Head Injury 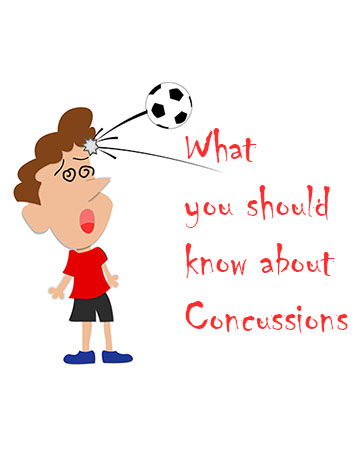 The symptoms of a concussion depend on the injury; it may range from mild to severe. Some common physical symptoms of concussions include

Other severe symptoms can include

It is important to remember that some symptoms are immediate, while others may go unnoticed for days and months after the incident occurs. Hence, one needs to seek help of an expert and get a CT scan or a MRI to diagnose the extent of the damage.

Concussions occur when an individual suffers a bump or blow on the head due to fall or other situation. A concussion is a form of traumatic brain injury; it is a condition that needs to be attended immediately.  Concussions can range from mild to severe; it needs to be taken seriously because it can effect normal functioning of the brain.

Most of the Concussions are mild and individuals are able to get fully recover with proper medications, exercise and regular check-ups.

In more severe cases individuals can suffer symptoms for weeks or longer, but they are also curable. You need to undergo the prescribed medical treatment immediately and if condition worsens consult an expert.

According to research if treatment and guidelines are followed properly most people recover quickly, about 40%  of the concussions patients get back to normal within two weeks while 90% by the fourth week.

Players suffer concussions during wrestling fights and baseball, basketball, football and other field games, another common cause of concussions are accidents. Hence seatbelts, airbags, and helmets are highly recommended to avoid concussions.