Enhance Your Vision and Brain with this Spicy Combination

Certain herbs and spices like Clove, Rosemary, and Turmeric have time and again proved their worth. Their benefits are now widely known across. However, it is interesting to note that some researchers have now found their ability to enhance your vision and brain’s functioning. You should include them in your diet and experience the benefits. 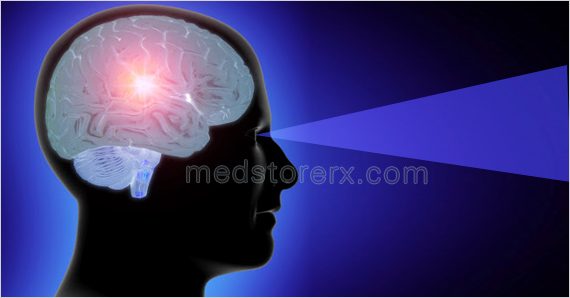 Herbs have always been believed to cure a myriad range of diseases. Ancient Chinese traditions are aware of innumerable herbs that are capable of treating ailments, but also support in living a healthy and happy life. What we refer as groundbreaking research in herbal treatment is just a revival of ancient traditions. Spices and herb combine in this healthy blend & assist for the protection of brain cells, thereby slowing down the aging process and building defensive layer against toxic damage.

In order to make this special combination, you would need:

It is ideally suited that equal amount of these spices should be used in the grinded form. The mixture you would get after grinding will come out as dark powder. You need to ensure that spices are stored in an air-tight jar, as it will be ensure that it will remain cleaned and maintained for a duration of 6 months to approximately one year.

It contains a plethora of anti-oxidants and phenol elements in them that tend to assist in helping to fight back the damage caused by toxics and other processes that help in contribution of ageing cells. Additionally, it is also helpful in translation of cellular health for the achievement of health eyes as well as younger brain. If the recent researches and studies are to be believed, then eugenol found in cloves is capable of eliminating the blood clots that are highly responsible for stroke and heart problems.

It consists of various features in anti-inflammation, anti-oxidation and protection against free radical damage. It has been created for safeguarding the tissues of the body and applies these qualities and making them grow healthier. Additionally studies indicate that the anti-oxidant plays an essential role in issues of degenerative brain Alzheimer’s. Besides, it can also come in handy for improving health.

Clary sage has an extensive history of having used in a plethora of nations across the world. It began with the Roman era that employed it primarily for eye wash and achieving clearer vision. Also, it was Native Americans who began placing it and rolling under the eyelids for cleansing purpose. In ancient times, sage was widely revered for aiding the clear vision and brain health. Besides, its delicious flavour, this herb is capable of producing a plethora of benefits, which can be used in the form of diet. It offers compounds of acetyl cholinesterase that can effectively reduce the symptoms caused due to Alzheimer’s disorder.

We are all aware of the fact that it is one of the most important ingredients commonly used in various dishes. It is an immensely helpful spice that comes in handy for fighting against the plaque. Here, plaque means beta amyloid plaque curcumin that can eliminate such toxics off the brain and assist those working with Alzheimer’s. In addition to turmeric extract, it also functions as a proper and balanced inclusion in curry recipes & along with taste, this spice has qualities of anti-oxidation and anti-inflammation.

Spices & herb continue offering impeccable benefits through an exceptional blend for protecting brain cells, slowing down the ageing process and building a defensive layer against a plethora of toxic damage.