Ways To Get Rid Of Breathing Problems

There is a very old saying that ‘Life is in the breath and he who half breathes half lives’. Breathing is vital for human survival. It is an essential process of our human body. Breathing problem specifically means breathlessness that is difficulty in breathing or felling of not getting enough oxygen to breath. 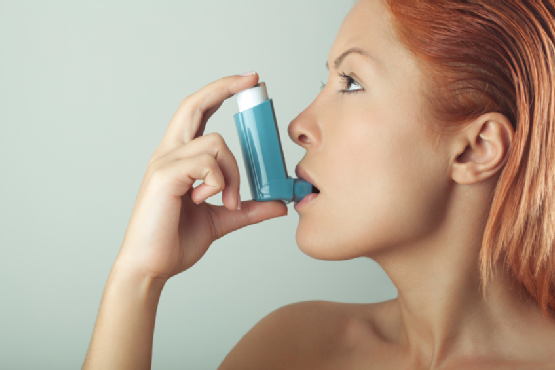 Breathing difficulty can occur due to a variety of things. Some people tend to have difficulty in breathing when they have cold. While on the other hand others may encounter problem in breathing due to acute sinusitis. Sinusitis basically makes it difficult to breathe for a long period of time.  These are mostly chronic or long term based problems. Some of the most common breathing problems are asthma, allergies and chronic sinusitis. These problems may lead to a variety of signs and symptoms like running nose, congestion in the nose, cough,  chest congestion, watery or itchy eyes, wheezing ,shallow and labored breathing. We all know that our nose often acts as a passage for various viruses and bacteria to enter our body and these very bacteria and viruses ultimately travel down to our lungs causing severe lung diseases and problems. It is surprising to know that one breathing problem can subsequently lead to another breathing problem, like a nasal passage inflammation or sinus may lead to an asthma attack. Allergies acts as the number 1 trigger in the case of asthma. The environment and surroundings around us also play a significant role in healthy breathing. If a person lives in a dirty environment or surrounding he or she is more prone to breathing problems and difficulties as compared to one living in a cleaner one. Often these difficulties also occur due to our monotonous lazy lifestyle like eating excessive junk food etc.  Anxiety and emotional distress and stress may also lead to occasional breathing difficulties.

Breathing problems often go unnoticed. Most of the people often neglect it as a temporary thing. But such negligence can lead to fatal results. To prevent this we should regularly get our medical checkups done and monitor our lifestyle. Doctors are able to access a breathing problem by performing a simple physical test. Let’s take for instance lung function test also famously known as pulmonary test is frequently used to check the lung functioning in asthma patients.

There are a lot of treatments and therapies which can help you eradicate these breathing problems from their roots. For temporary relief inhalers and other oral medicines can be relied upon. Living a healthy lifestyle, keeping a check on your weight and avoiding smoking and drinking can also help to keep these problems at bay in the very first place. For a permanent solution one can also go for various lung surgeries.

Breathing is essential for survival and thus these breathing difficulties can become a permanent roadblock on your path to happiness in life. So try and live a healthy lifestyle by avoiding smoking and drinking. God has given us only one life to enjoy so breathe it to the fullest.