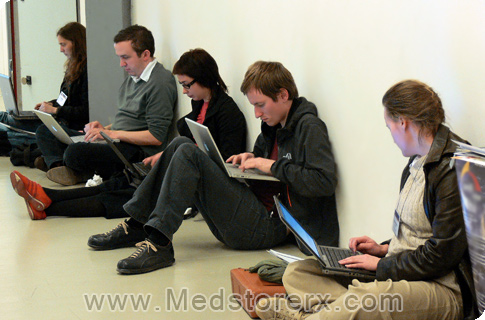 Today, use of wireless technology has become too common and a daily thing for millions of people all over the world. However, are you aware of the health risks linked with Wi-Fi technology? I will be discussing about certain health issues that can trigger due to the use of this technology and how to prevent the problems.

In comparison to adults, kids are more prone to the radiation. As kids grow at a faster rate, more cells tend to divide, which in turn gives radiation an opportunity to interrupt the process.

Health issues related with the use of Wi-Fi:

Several folks are aware about the ill effects of using mobile phones or microwave ovens. What if I tell you that the Wi-Fi router in your home can have ill effects on your health?

There have been instances when individuals complained about health issues because of Wi-Fi and this problem seems to be omnipresent. There is this condition known as EHS or electromagnetic hypersensitivity, which occurs due to increased exposure to any kind of wireless devices that give out RF radiation.

There is a condition called electromagnetic hypersensitivity (EHS), which occurs because of a person’s exposure to wireless devices that emit RF radiation.

The thing in question is RF radiation. There have been several studies conducted to assess the perils of RF radiation coming from Wi-Fi use. There is still lack of evidence when it comes to the role of RF radiation in triggering health problems.

As per HPA or Health Protection Agency, if a person absorbs Wi-Fi radiation for a year, then it is equivalent to around 20 minutes of calling on a cellular phone. This shows that the radiation absorbed from Wi-Fi hotspot is not that high compared to mobile phones.

However, several individuals have accounted about electromagnetic hypersensitivity or EHS.

Yes, Wi-Fi technology has been associated with electromagnetic hypersensitivity. There have been instances where school kids as well as staff workers complained about problems due to Wi-Fi.

In a bizarre incident, a physician was diagnosed with EHS when she was exposed to 60 Hz electric field. She developed problems such as temporal uneasiness, muscle twitching and headache.

Electromagnetic hypersensitivity is a medical condition, wherein a person tends to encounter symptoms such as abnormal heart palpitations, insomnia, dizziness or headaches because of exposure to electrical devices or wireless technology.

This particular condition may not develop instantly, but it can uproot after a few years of exposure to the radiation from sources such as electric fields, cell phone towers, Wi-Fi hotspots, cellular phones, magnetic fields, etc.

However, EHS is yet to be determined fully, it seems to be a fast growing issue. Here, I will be listing a few steps that you may undertake to prevent the exposure to radiation coming out from Wi-Fi devices and safeguard yourself from the associated health problems.

A few studies indicate that wireless equipment may interfere with the cardiac pacemakers in case the distance between a pacemaker and a Wi-Fi hotspot is eight inches or less than that. Hence, people with pacemakers ought to keep away from Wi-Fi use.

So this is all about the health problems of using Wi-Fi technology. Even though there is lack of evidence, more and more studies are required to reach a firm conclusion. Meanwhile, it is advisable and always a wise thing to take certain preventive measures for curbing the exposure of radiation.