Altitude Sickness: Things You Should Know 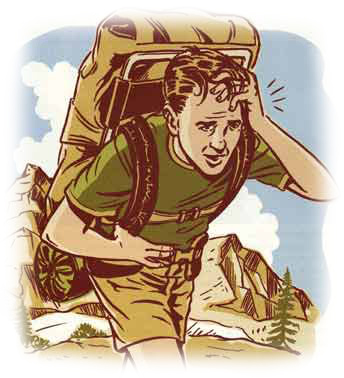 Symptoms often become clear after six to ten hours after the ascent and usually subside in one or two days. But sometimes, they can develop into more serious conditions. The most common symptoms are headache, fatigue, stomach illness, dizziness and sleep disturbance. It is also said that exertion can worsen the symptoms.

Some of the other symptoms are:

Severe symptoms of altitude sickness can be life threatening and need immediate medical attention.
Some of the severe symptoms are as follows:

The most serious symptoms can occur from edema i.e. fluids accumulate in the tissues of the body.

The most reliable treatment and sometimes the only available option is to descend. Attempts to treat or try to stabilise the patient at high altitude can be high dangerous unless highly controlled medical facilities are available. Nevertheless, the following treatments are used if it’s impossible to change the patient’s location and the circumstances are permanent.

Apart from these, increased water intake helps in altitude adaptation. It helps in replacing fluids lost through heavy breathing in the dry air found at high altitude. However, it is necessary to make sure that fluids shouldn’t be consumed excessively as it can lead to over hydration which can be equally dangerous. It is also advisable to limit alcohol intake at very high altitudes.

Also, oxygen from gas bottles or liquid containers can be applied directly through a nasal canula or a mask. The use of Nitric Oxide has been proved to relieve altitude sickness. Scientists believe that nitric oxide is an important part of the human physiological response to altitude sickness. Rate: 8/10. This was okay. Sometimes, repetition of similar words can bore the reader. I personally think, the too much of ‘altitude’ word in the intro can kill the fun of reading the article. Else, it was okay.