Top Most Yoga-Practicing Cities in US

Amazing health benefits of yoga and meditation is hard to argue, as medical researches are still rolling in different major universities.  Yoga is the best way to relieve the soul and body from the daily stressful life.  Yoga, including meditation, appears to have deep effects on the body nervous system.  This is likely to be affected by the response of body stress through the concerned nervous system and the hypothalamic-pituitary-adrenal (HPA) axis. 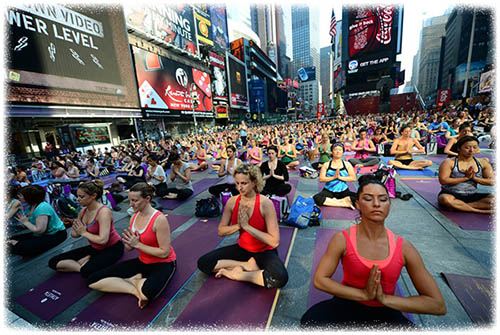 Besides this, it enhances the density of cortical gray matter in people those who practice yoga regularly.   It also reduces the activity in some area of the brain, particularly those related to mind- wandering, stress and the self – centric inmost chatter.  The best research ever on yoga has disclosed its wonderful benefits that have been shown to improve the indications of psychiatric issue like anxiety, schizophrenia, depression and even sleep disorders.

The study by Sports Marketing Surveys 2012, on behalf of Yoga journal reported that about 20 million Americans above 18 years of age or could be said vas 8.7 % of adults are practicing yoga last years, which was 15.8 million in 2008.  Among those who were not indulged in yoga, 44 % of them polled that they would like to be the part of aspirational yogis.

While determining the top most yoga- practicing cities in US, researcher turned up their attention towards marketing firm GfK MRI, which led surveys among 205 markets in the former year. They asked accomplices whether they accomplished yoga in their daily schedule, if yes, then how long and how often.