Resistance Training: A Way To Reverse Your Ageing Process

How much ever your age maybe, it has been proven that weight resistance training is one of the best ways to reshape and rebuild your body and to get a considerable increase in your growth hormone levels. Even in a group of people aged 63-90, there was considerable increase in agility, muscle growth and strength after going through ten weeks of high powered progressive work out with weights. This shows no matter what age you are, if done correctly, exercise can transform you dramatically. 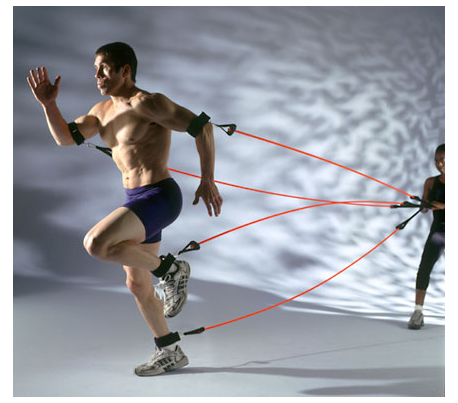 Needless to say, resistance training can also be very effective with women. Not only is there a considerable increase in the growth hormones, with proper upper body training, women can enhance their looks and get that perfect figure they always wish to have.

So there is no barrier as to who will gain from this training, young or old, male or female, everyone can reap the benefits of regular resistance training.

Aging in men and women is related to a few factors like:

These changes start mostly, at the age of 40 and start increasing as time passes.

Dr.Melov and his colleagues tested the effects of resistance training to determine whether it actually has an effect on gene expressions related to muscle aging.

Both young and old test subjects were used for these tests.

The younger subjects were chosen by the researchers as they thought they will be able to determine more effectively at the effects of aging and inactivity in them.

A medical evaluation, health history, resting ECG, and graded exercise tests on a cycle ergo meter were done on the all the subjects before starting the program.

Volunteers who had any injuries or limitations to exercise or any heart problems or diseases or kidney problems were excluded.

For the 26 week study all volunteers were made to do resistance exercises on Sunday/Tuesday or Monday/Thursday.
Exercises included were:

The exercise regime was progressive with increase in sets and reps during the 6 month stint. They retested for their sets every two weeks.

Researchers found 596 such genes which expressed differently. Reversal of gene expression was found in 179 genes after 26 weeks of resistance training.

This proved that resistance training was reversing the gaining process at genetically. Mitochondrial activity considerably reversed after the 6 month program. Both young and the old subjects showed same change in the gene expressions.

This study proved that reversal of aging at gene level is possible with resistance training. Today all trainers and fitness gurus can ascertain to their clients that resistance training can truly have anti-aging effects along with better strength, agility, body shape and other physically visible characteristics in their bodies, thus making them “age gracefully”