Osteoporosis is a bone disease that lowers down bone density and gradually makes them brittle. Bones are stronger in young age, so young women even after pregnancy hardly notices that the bones are fragile or weakened with its cause. Osteoporosis happens to elderly women gradually as according to nature or if have met with accident that damages bone. 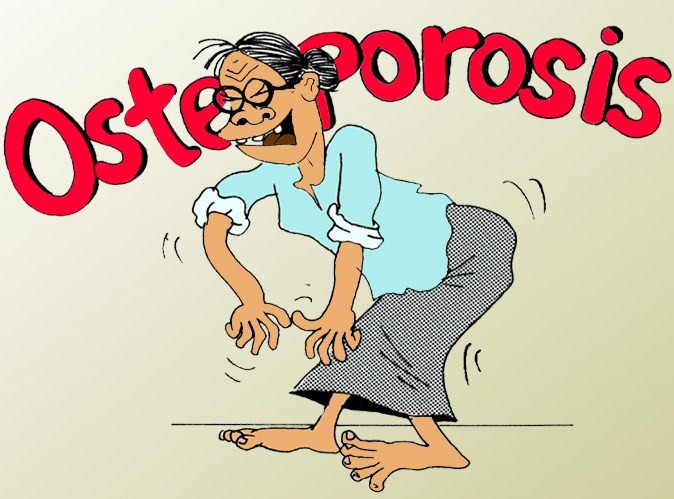 Bone also breaks unintentionally as said before caused by natural process of aging. Here the very first time you will require going for bone fracture plaster medication, but if not taken into consideration or untreated could again fracture it repeatedly. With aging process, women do lose strength in bone that ultimately invites Osteoporosis issues in women.

Osteoporosis is most common found in women than men. Women have less bone density than men do, as she has to go through various stages of life that weakens her bone or drops down bone density including pregnancy and menopause. It also happens due to lack of calcium intake by women during physical development.

Estrogen Deficiency– Estrogen hormones especially helps to keep women’s vagina function healthy. Thus, women who go under menopause face estrogen deficiency. Menopause means end of menstrual period. Naturally, it occurs in women with older age between 45 to 50, but due lack of deficiency can also be found in young women too. After getting estrogen deficiency caused in women can feel back pain severely than normal back pain. The efficiency of bone weakness starts dropping faster after a menopause. Sometimes, it is also said that it is better to have monthly menstrual period even after age of 45, as it helps women’s estrogen in normal stage. Hence, women with estrogen deficiency are recommended to take pills to maintain level of estrogen, before get caught with osteoporosis.

Age– Osteoporosis is also caused due to aging process. There are many women whether they have menopause or not, who face osteoporosis below or around age of 30. During pregnancy, women go through severe pain called labor pains, a child-delivering process. The pain is so severe that almost weakens her inner bones as well affects other parts of body too. After delivering a baby women needs to take rest to recollect the immunity power in body, but if gets back on work immediately without relaxing body she might gradually weak her bones and would notice it later on. So women are always recommended to take rest after delivery.

Body Structure– Women with thin and petite body structure are prone to osteoporosis than women with broad or tall body structure. Short thin women already have thin bones, hence are likely to get fragile sooner. For such women it is necessary to intake maximum range of calcium in form of diet, vitamins and maintaining bone strong with exercise.