It is believed that oral health problems are more common in women, probably due to certain biological changes. Calcium is a vital nutrient for healthy bones and teeth, especially in women to prevent osteoporosis. As a woman gets older, calcium deficiency is bound to happen, leading to oral health problems. 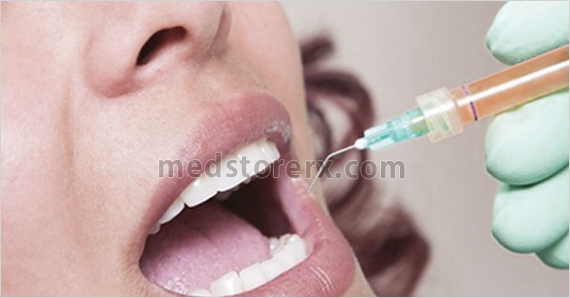 According to medical researches, 23 percent of women under the age group of 30 to 54 suffer from Gum Disease, and the number is higher among older people.

• Bleeding gums – Rise of female sexual hormones during puberty increases the flow of blood to the gums, affecting the oral health. Similar conditions can happen during menstruation and pregnancy. In addition, they suffer from bleeding during brushing.

• Canker sores – Women are more vulnerable to regular canker sores, which are technically called as ulcers inside the mouth. Female hormones and stress causes canker sores. More often, they heals within a week or two. Many women suffer from canker sore during menstrual periods.

• Periodontitis and Gingivitis – Due to high level of female hormones, gum disease is more common during periods. According to medical experts, 75 percent of women suffer from gingivitis during pregnancy.

• Problems in salivary gland – Inflammation of salivary gland can happen in a disease known as Sjogren’s syndrome, where the WBCs (white blood cells) attack their won cells that produce saliva. Saliva protects your mouth from infection and scanty secretion of saliva can cause cavities and gum diseases.

When are women more prone to oral health problems?

• Puberty – During puberty, hormones like estrogen and progesterone increase the blood flow to the gums and make the tissue inflame, causing bleeding during brushing and flossing. Inflammation increases the gums sensitivity and causes irritation due to food particles, plaque bacteria and calculus.

• Menstruation – Due to hormone fluctuation during menstruation, some women find their gums swollen or bleeding, while others experience canker sores. Gingivitis happens before a woman’s monthly cycle and dispels once the cycle starts.

• While using birth control pills – Oral contraceptive pills contain progesterone that increases the hormone level in the body. Women who take such pills may experience inflamed gums due to the toxins created from the plaque.

• Pregnancy – During pregnancy, there is fluctuation in hormonal levels. Rise in the level of progesterone can lead to gum disease during second to eight month of pregnancy stage. According to researchers, gingivitis occurs in women when plaque forms on the teeth and disturbs the gums.

• Menopause – Many oral problems can happen during the menopausal age. The oral problems include inflamed gums, burning sensation, sensitivity to hot or cold foods and dry mouth. The fall of estrogen level during menopause can higher the risk of bone density, especially in the jaw and can cause tooth loss.

• Osteoporosis – Deficiency of calcium causes osteoporosis; in fact, it is a sign that indicates bone density. According to medical experts, osteoporosis causes tooth loss because the density of the bone supporting the teeth is reduced.

How to prevent oral health problems?

• Brush twice a day with a toothpaste that contains fluoride.

• Consult a doctor once a year for oral checkup.

• If you are experiencing dry mouth, visit a dentist.