Menstrual Cycle? What You Must Know

What Happens During A Normal Menstrual Cycle?

When a girl reaches her puberty, her reproductive organs like ovaries, fallopian tubes and uterus is matured normally that makes it enough for her to conceive a baby. 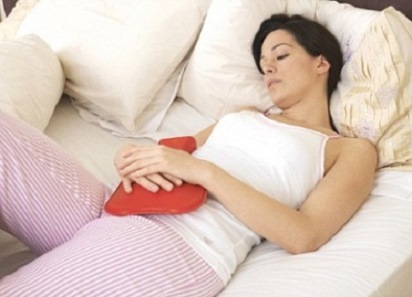 In every cycle, ovulation can take place when an ovary releases an egg into a fallopian tube. When a sperm fertilizes the egg, it inserts inside the lining of the womb that supplies the fertilized egg with the essentials it needs.

How Hormones Are Connected To Menstrual Cycle?

Hormones regulate menstrual cycle. The pituitary gland situated at the base of the brain creates luteinizing and stimulating hormones, which further produces estrogen and progesterone. The other phases of the hormone cycle are:

If there is no sign of pregnancy, the estrogen and progesterone levels reduce at the end of the monthly menstrual cycle, which further causes bleeding.

On an average, a woman will get her monthly menses for three to seven days. Since the first day of the period and after menstruating for many years, every woman adjust to the regular cycle and some may even get to know when their due is next or when they are expected to get their periods.  The amount of blood flow that is experienced differs from every woman to woman.

Girls get their first period between the ages of 12 and 15 but some get it much earlier whereas some later and this phase is known as menarche. A woman’s cycle lengths vary from 24 days to 34 days. This is common for the first few years during menses. If you are menstruating for many days, the body gets into a period flow and hence it is called as irregular period. This includes everything, right from a late period to early bleeding. It is at a certain point okay to not get worried about it until you get prone to PMS.

Women do undergo an irregular period and if this happens often, there is no need to worry but it is very important for you to find out what is causing this irregularity. At times not getting periods on time is normal too. Many a times, this causes due to either pressure or stress.

During pregnancy, the female body produces diverse levels of hormones, which triggers menstruation to stop. In few of the cases, women will experience either normal flows or late periods before menses ends together. If you get in doubt, talk to your health expert.

This is one common reason of not getting periods on time. A stress hormone cortisol is said to have a direct impact on estrogen and progesterone, which is produced by the body. If there is too much of cortisol in your blood, the flow of the cycle may change.

The other common reason is the food pattern that you follow. Eating less or more, both is unhealthy hence; moderation is the key to everything. Eating unhealthy results in gaining weight, this directly varies in the hormonal levels.