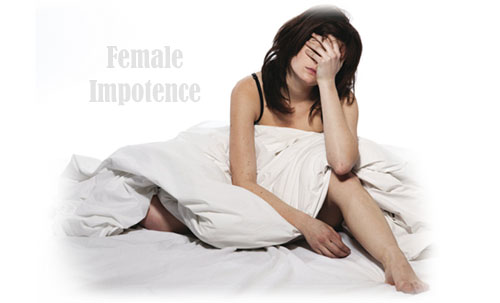 In males, impotency mainly refers to the inability to get or maintain an erection for a long period of time; while in females, impotency leads to low sexual arousal, low desire, problems with lubrication and inability to reach orgasm. Statistically speaking more than 40 % of women suffer from sexual dysfunction at certain point in their life.  These dysfunctions can be in various forms like not able to progress during the normal phases of sexual arousal, inability to achieve orgasm, discomfort during sex and many more. There are many factors which lead to sexual dysfunction in females. These factors are often interrelated.

Physical: Fatigue, neurological disorders like multiple sclerosis, headaches, arthritis, urinary and bowel difficulties are some of the examples of physical conditions that may result in various sexual problems. Certain medications like blood pressure medications, antidepressants, antihistamines consumed during these medical conditions can lead to decrease in ones’ sex drive and ability to do orgasm.

Hormonal: Changes in sexual responsiveness and genital tissues are caused after menopause due to low estrogen levels.  When the skin that covers the females’ genital areas becomes thinner, it leads to more amount of exposure of clitoris. The vaginal lining of women keeps on becoming thinner and thinner and less elastic specifically if they are not sexually active. This thinning of vaginal lining causes a need for more stimulation to lubricate and relax during an intercourse. These factors often lead to a painful intercourse and a longer time to experience an orgasm. A female’s body goes through various changes after giving birth. It leads to drop in their hormone levels, dryness in vagina. All these factors ultimately lead to decrease in their desire to have an intercourse.

Social And Psychological: sexual dysfunction or impotency in women can be caused due to untreated depression anxiety, or long term stress problems.  The worries and demands attached to being pregnant and bearing babies can also lead to similar effects in them.  Longtime conflicts or fights with ones partner about sex or other things attached to the relationship can also lead to decrease in their sexual responsiveness. Problems with the body image or structure and religious and cultural differences can also add to their worries. Emotional stress can act both as a result and cause for sexual dysfunction in women.