Risk Factors Of Smoking On Health

Smoking, which contains tobacco, isn’t good for the health. A new report by the U.S. Substance Abuse and Mental Health Services Administration (SAMHSA) has linked smoking to the mental illness. 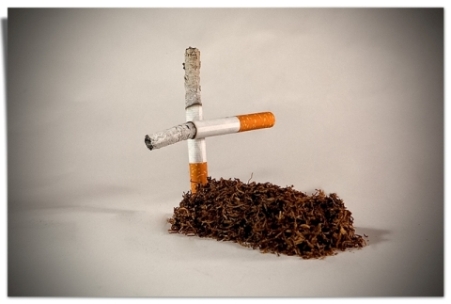 According to it, substance abusers are the most in number. There are many adverse effects of smoking in our health.

The first thing can be affected is the lungs. The smoke directly goes inside our lungs and starts to affect it. Over the period of time, the lung starts to get dysfunctional due to the deposition of tobacco in it. Not only that, if it’s not treated in time then the person may also die.

Apart from causing lung cancer it also causes kidney cancer, stomach cancer and many things. Smoking also affects the fertility of a man. The components of the tobacco travels to the sexual organ of a man and can affect the organ either resulting in erectile dysfunction or affecting the sperm count.

Moreover, smoking also affects the immune system of a man. This implies that a person who smokes a lot is prone to various sorts of diseases. These could be influenza or anything. Not only that, when the immune is weak, a person may also get some other life threatening diseases and problems.

Another problem that smoking can cause is the oral problem. The foul smell of the tobacco not only give bad breathe but also the constant smoking affects the oral condition also. Some men have faced mouth cancer due to active smoking.

Smoking also affects your skin. The components travel through your blood to various organ causing damage to them. Similarly, they travel to the skin and cause them the damage too. The components block the pores and thus make your skin look older than required. This is not enough, they also cause dark circles beneath the eyes. This way, you start to look old and your skin loses its glow if you continue to smoke a lot.

There are people who smoker and go through psychological problems. When tobacco reaches your mind, it starts to affect its function. This interruption by the components can cause a person to go into a depression or even cause them stress.

Over the period, people get addicted to it and if they don’t smoke a single day they get disturbed and sometimes violent. This happens when the person’s body is used to the components so much that its absence can have adverse effects on the body.

A study also showed that those who smoke a lot also face metabolism problems. Their process is affected so much that they don’t feel hungry often. This shows its adverse effect when a person tries to quit smoking. This is why those who quit smoking are at a risk of gaining weight quickly.

Everyone is aware about the adverse effect of smoking on the body but still many continue to do it. There could be various reasons for it like they’re used to it or they are doing it for the fun. But the end result is that it destroys the body slowly. It is necessary that a person tries to quit smoking quickly before the damage is beyond repair.