Everything You Need To Know About Smoking Addiction

How you get addicted to smoking? Nicotine present in cigarette is primarily responsible for a person’s smoking addiction. Nicotine changes the chemicals in the brain and improves the mood and concentration. Many people who are addicted to cigarettes find this behavior pleasurable, but they are not aware of the negative effects on their health. When a person smokes cigarette stick, the nicotine enters the brain creates an environment of pleasure and reduces stress and anxiety, due to which many people opt to smoke. 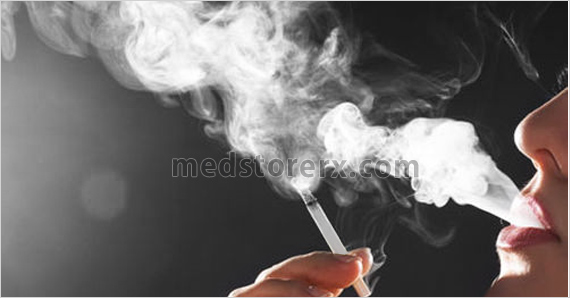 According to medical researches, nicotine increases the level of neurotransmitter and results in addiction. People who are on the verge of quitting smoking often experience few withdrawal symptoms, such as depression, anxiety, irritability, cigarette craving, sleep disturbance, etc. which can drive people to use cigarette again.

Cigarette smoking is the major cause for lung cancer. According to research, 87% people are dying from lung cancer throughout the world. Carcinogens in cigarette alter the lung tissue as soon as they enter the respiratory tract. Initially, the body repairs the tissue damage, probably due to strong immunity, but later the immune system becomes weak, which fails to repair the damage, leading to uncontrolled growth of abnormal cells.

Smoking effects all organs of your body. It hardens and contracts important arteries, thereby reducing the flow of blood and oxygen to the heart. This increases the risk of heart attack. According to researches, quitting smoking significantly reduces the risk of developing heart disease.

Smoking can trigger and aggravate the most common respiratory condition, asthma. Smoking causes blockage in the air passages, hampering the oxygen supply to the lungs.

In men, smoking can greatly reduce the sperm count, causing sterility. It can also lead to testicular cancer. In women, chronic smoking causes infertility, pregnancy complications, and other gynecological issues. Smoking during pregnancy can put unborn babies at great risk of miscarriage, pre-mature baby or stillbirth and low body weight.

Smokers are prone to type 2 diabetes as compared to nonsmokers. That’s because smoking damages the function of pancreas that secrete insulin to control blood sugar levels. Insulin deficiency or resistance leads to type 2 diabetes.

Smoking leads to age-related macular degeneration, wherein the retina of the eye gets affected, and causing loss of central vision. It mostly occurs after the age of 50. Heavy metals and toxic stored in the cigarette are responsible for cataract in older people.

Smoking can increase your risk of developing lips, tongue and throat cancer. In fact, the oral cavity is directly exposed to harmful toxins emitted from cigarettes. According to researchers, smoking is responsible for more than 93% of throat cancer.

Smoking is one of the risk factors of stroke. The important blood vessels of the brain become hard and clogged due to prolonged smoking, thereby cutting the blood supply, leading to stroke. According to medical experts, smoking increases the risk of stroke, leading to brain damage and ultimately death.

Smoking is one of the reasons causing bone weakness, especially in women, as they are more vulnerable to osteoporosis. According to researchers, more than 40 million people in United States are suffering from osteoporosis due to smoking.

The aforementioned health consequences of smoking are life threatening. Hence, it is highly recommended to quit smoking or better to stay away from it.