Reasons Why People Take Up Smoking

Many studies have proved that smoking is a major reason for lung cancer and heart diseases. However, people still smoke despite of knowing the hazards of smoking. 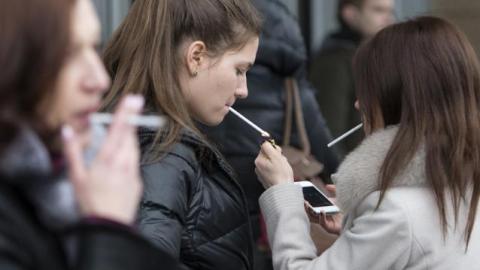 “Hey, come on, try it for once, take a single puff and you will feel good!” The problem is that you light it once, and get hooked to it.

Taking up smoking to beat stress and overcome emotional grunt indicates that there is some in-depth smoking issue.

Subconsciously, smokers are enduring from certain issues that they do not want to tackle or deal with. They use the habit for creating smoke screen instead of dealing with the problem that bothers them.

If you happen to ask some smoker, who is finding it problematic to Stop Smoking, then you shall find that he/she might be having a few stuffs in life that he/she is not contended about. They might present a lengthy list of issues or complaints such as boredom, loneliness, broken relationships, busy or hectic lifestyle, etc. but they might still seem to deem something that is lacking from their life and end up resorting to smoking.

Smokers also tend to possess reduced self-esteem.Generally,they get this feeling that individuals and society do not take them as who they are and thus, they require something to obscure behind and cigarette smoking offers the apt screen for them.
Whatever is a person’s perception regarding smoking, it is not a healthy option at all. Instead, one should consider indulging exercising and other healthy activities to stay away from any kind of addiction.