Nicotine is a chemical which is commonly found in the plants belonging to the Solanaceae family. It is actually an alkaloid which is present in the plants leaves. 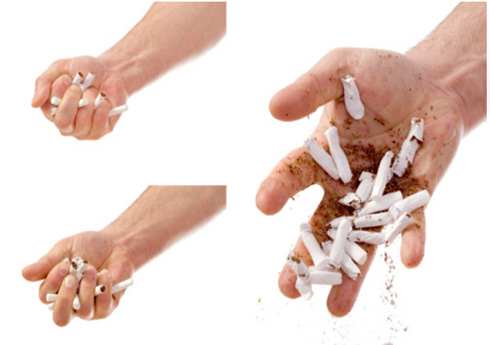 It is through the roots of these plants that biosynthesis of this chemical occurs. Following are 10 amazing facts about Nicotine which you never knew.

1) Extraction: 1828 was the year when Chemist Karl Ludwig Reimann and German physician Dr. Wilhelm Heinrich first extracted nicotine from a tobacco plant. After its discovery they both termed it as poison. Nicotine is actually an antherbivore chemical which when taken in small amounts can lead to its addiction. It can also lead to death when consumed in large amounts.

4) Chemistry: Nicotine is actually an alkaloid whose chemical formula is C10H14N2. Its molecular mass is 162.12g/mol. 3[{2, 5}-1-methylpyrrolidin-2-yl] pyridine is the IUPAC name for Nicotine.

5) Side Effects of Nicotine Consumption: Nicotine intake has more negative aspects than positive ones though it may appear to be an excellent thing to induce calmness and increase intelligence; but overall it does more damage to one’s body than good. Consumption of nicotine in large amounts and frequent intervals increases the risk of heart diseases and may even lead to hypertension.

6) Nicotine As An Insecticide: Consumption of nicotine in large amounts can lead to fatal results as it is an antiherbivore drug. Making the use of this quality of Nicotine it is even used as an insecticide in farming.

7) Use Of Nicotine In Medical Science: Nicotine is even being researched to be used as a pain killer though minus its several harmful effects. It has even been found useful to reduce allergic asthma, preeclampsia and several other diseases by its anti-inflammatory nature.

9) Nicotine In Literature: Nicotine has been mentioned in popular genre of literature as Nick O’ Teen, a bad villainous character in the superman comic series which was created to educate children about ill effects of nicotine consumption.

10) Toxicity: Nicotine has been termed more toxic than common drugs cocaine and heroin. It has been termed toxic because within 7 seconds of its consumption it reaches the brain through the lungs and is quickly absorbed by the bloodstream.