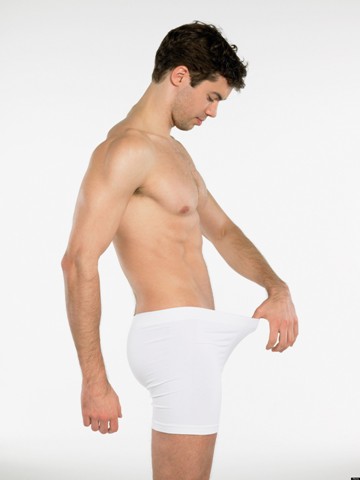 The stop and start method

One of the most popular methods used in treating premature ejaculation is stop and start technique. Along with making love to your partner you can maintain the flow of ejaculation by the stop and start method. There are three phases involved in this method. Firstly, you can get sexually excited by masturbating or with the help your partner. You need to stop and hold back exactly at the time just before you reach the climax stage. You need to relax and take some deep breaths. You may repeat the process again, once your body becomes calm and relaxed. Stop and start method helps you to control ejaculation prematurely. Apart from this, such a technique also assists you in understanding when you are about to reach orgasm.

Those you wish to get treated with premature ejaculation problems must pay attention to breathing. It may sound funny to some, but using breathing technique can help you achieve orgasm at the right stage. Breathing helps you to stay focused on your enjoying aspect of sexual activity and not on performance. Therefore, males who give emphasis to breathing may be able to keep his mind occupied in enjoying, relaxing and complete control over his bodily activity. Breathing helps you to enjoy the length of your performance as well be in control of your performance.

Wearing a condom can sound quite simple, but it works wonders for different men. Over stimulation can cause fewer problems as condoms reduce penile areas sensation. You will be able to enjoy sexual activity in the same manner. Wearing condom is considered to be safe and smart practice as it avoids the risk of pregnancy.

Another alternative to avoid prematurely ejaculation is getting engaged in foreplay. This term is very commonly used when the focus is on the pre-intercourse stage. Most couples have at least 10 to 15 minutes of foreplay to set in the mood of the sexual intercourse. If you are suffering from premature ejaculation, it is recommended that you don’t indulge in a lot of foreplay. When you restrict the foreplay, you will have a delayed ejaculation during the sexual intercourse.