Low Libido In Men – What Can Be The Reasons ? 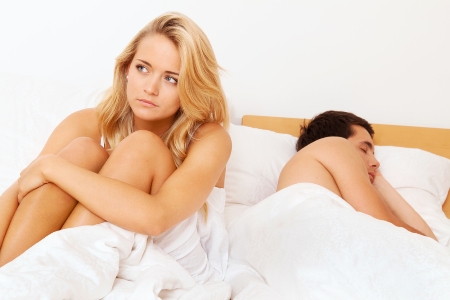 For a woman, all men want only thing. Men are least interested in talk and more interested in action. But, still, this is fine with women. But there are few men who don’t have a low sex drive or don’t have it at all. No matter what, they don’t feel like having it at all. This is caused by the low libido in them. It is said that a man loses his interest towards sex as he grows old but this condition can be found in any men despite the age. If it is not taken care on time then it can make a man an asexual person, i.e. a person who doesn’t have any interest in sex.

Losing libido is a serious problem. Experts say sex is an important part of our life. It is important that a person should have the drive to have sex. When this drive slows down the person can face many troubles; both in personal and sexual life. It is better that you know the causes and deals with it within the time. Don’t become an asexual person.