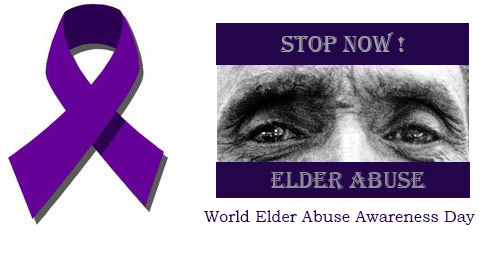 World Elder Abuse Awareness Day (WEAAD) is on 15 Jun 2013. It had its roots in 2006 when the United Nations Organization and the International Network for the Prevention of Elder Abuse joined hands to raise voice against the abuse meted out to elders by either their children or anyone else in the society. This day is celebrated all around the world in lieu of promoting understanding and making people aware about what constitutes abuse and neglect of older persons.

The United Nations Statistics on elder population goes like this:

The various programs that are conducted worldwide include various cultural, economic, social processes to sensitize people against elderly abuse and stop all the exploitation in any form physical or mental torture. World over various communities, non-governmental organizations plan out various activities to celebrate this day and recognize WEAAD. These activities include:

However, here is a point to think? Why there is a need to celebrate such a day? Have we become so insensitive to our elders? We have probably forgot that these were the elders who brought us up and provided us with the world’s best amenities even if it meant going to bed without food. And now, when it is our turn to show our concern towards them, we have turned our backs. We have forgotten the saying,” as you sow, so shall you reap”. Time is not constant. We are young today but will turn old one day. Our children are seeing the kind of mistreatment we are giving to our parents. It should not come as a surprise to you if your children misbehave with you when you grow older. This is what they had seen in their childhood.

The United Nations felt the urgent need to celebrate such a day as the number of the elderly is going to increase and already many countries are experiencing a rapid increase in this population. Until now, even elders remained tight-lipped and thought it as a phase written in their life by the God. These matters are largely confined to the indoors and do not come to limelight. This problem of elder abuse goes unnoticed and unreported all across the globe. But with celebrating WEAAD, now people are becoming more and more aware and today, elder abuse is considered an important societal problem and falls under public health.

Abuse is not only through words but also involves physical abuse. The United Nations recognize elder mistreatment in the form of physical injuries, mental torture, sexual and financial abuse which could lead to long term depression and other psychological consequences.

Elder abuse is a problem worldwide which exists in every, developed, underdeveloped or developing. The need of the hour is to address it and help the elders live a peaceful and dignifies life.