What Benefits Does Garlic Provide Us? 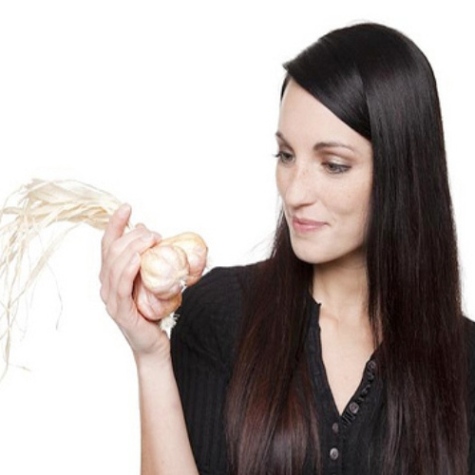 The main element in garlic is allicin which is a sulphur compound. Allicin is an effective antibiotic and has properties that prevent harmful microorganisms to grow and reproduce in our body. Along with its peculiar pungent taste, it has a particular aroma which cannot be missed out on. Let us understand the several health enhancing benefits that garlic has to offer:

Anti-Oxidant
Garlic is a potent anti-oxidant and it also increases the amount of anti-oxidants in the body. While doing so, it reduced the serum glucose which has a role to play in diabetes. It also reduces the blood pressure thus stabilises the heart in those who have cardiac problems.

Detoxifier
Garlic can be eaten in order to detoxify and cleanse the body. It is known to play an effective role in eliminating bacterial, fungal and other microbial infections and diseases. Garlic is also effective against viral infections making it a sought after natural medical aid in treating diseases.

Blood Pressure Regulator
Garlic has the potential to reduce the cholesterol present in the blood. This has been studied and documented. Garlic is known to reduce the cholesterol and triglyceride levels by up to 20 mg/ dL in human beings. This leads to the reduction of plaques within the circulatory system and cardiac functions. Thus, it lowers the blood pressure and helps maintain a healthy heart.

Immune System Booster
As mentioned in previously, garlic is potent against bacterial, fungal and viral infections. These anti-fungal, anti-bacterial and anti-viral actions make garlic an effective anti-infective and is used extensively in home-made medicinal remedies to cure a person of several ailments and illnesses. It toughens the white blood cells to fight infections and diseases and thus boosts the overall immune system mechanism in human beings.

Blood Thinner
Due to its action in reducing the blood cholesterol levels, garlic is regarded important in preventing the formation of plaques and blood clots. It thus thins the blood and lowers blood pressure as mentioned previously. Also, garlic frees the blood of the free radicals which can lead to oxidation and thereby cause untimely cell ageing and cell death.

Cancer Inhibitor
This property can be attributed ot the presence of allyl sulphur in garlic. This compound is known to slow down and ultimately halt the growth of cancerous cells. Garlic thus becomes a potent agent against tumour formation and cancerous cell proliferation.

A small study also suggests that garlic leads to effective weight loss in those who are overweight and obese. It is also effective against toothaches along with clove. Garlic also has aphrodisiac properties due to its role in increased and improved blood circulation. Garlic is certainly a wonder food product with medicinal properties!