What are Fungal Infections? 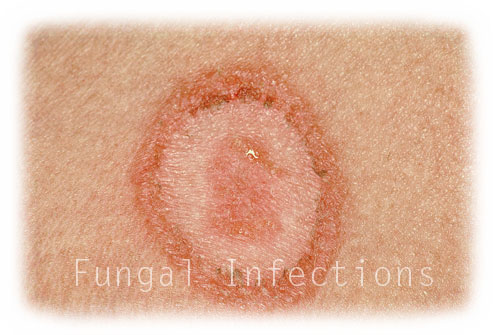 Moist skin is generally more prone to fungal infection than the dry one. Therefore, if any person doesn’t dry the skin properly after taking a bath or sweating, the risk of fungal infection increases. If a person wears tight clothes, it restricts the evaporation of sweat. This results in accumulation of sweat, making skin moist. Sometimes, using clothes, towel, brush, and such personal things of a person, who has a fungal infection, may spread the same to others. Damage to the surface of the skin can stimulate growth of fungi. Uncontrolled diabetes, past skin infections, weakened immune system due to HIV/AIDS can also result in fungal infections on different body parts.

In medical terms, nail infection is known as Onychomycosis. It is a common type of fungal infection that affects the nails. Nails of a person, who is suffering from Onychomycosis, become thickened, malformed, and crumbly. Mostly, feet nails are at more risk of Onychomycosis. However, it can affect the fingernails, as well.

Ringworm on the body in medical term is known as tineacorporis, and a term tineacruris is used for a fungal infection groin. Ringworm on the body often affects exposed areas of human body, such as limbs or tummy. It causes red colored raised or flat rings and patches that generally merge, grow and spread on the skin surface from the centre. Tineacruris is also known as ‘jock itch’ because it is common among sportsmen and young people who sweat a lot. A red rash appears on groin and the surrounding area.

It is the most common type of a skin infection. It is medically known as tineapedis or tineamanuum. It can be caused due to a combination of bacteria and fungi. This makes the skin dry, itchy, red and scaly. Sometimes, it may cause blisters and cracked skin.

Scalp ringworm, which is medically termed as tineacapitis, generally affects the young people. It can cause inflammation as well as hair loss of the affected area.

As there are different types of the infections affecting different body part, the symptom also varies. However, itching, scaly or red rash, and patches on the skin surface are the common symptoms of fungal infection.

Along with these, digestive area infection may show symptoms like vomiting, nausea and diarrhea. On the other hand, stomach infections may also lead to symptoms like headaches, rashes on skin, fever, coughing, and muscle aches, and so on.