The 7 Most Common Diseases Among Americans 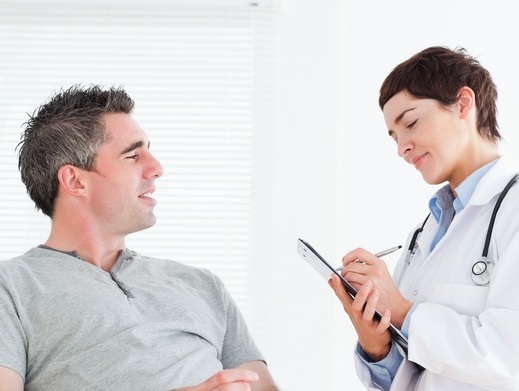 Every geographic region in the world has its own set of common diseases that the population tends to suffer from. There are certain diseases that are common only in developing and under-developed countries (Such as Tuberculosis) but rarely exist in a developed country. In the United States, 70 % of deaths that occur due to medical reasons are due these common diseases with more than 133 million of the population suffering from at least one chronic disease.

Some of the most commonly occurring diseases and conditions in the United States are:

1.)    Common Cold: One of the most common diseases that have yet to have a permanent cure is the common cold.  An upper respiratory tract infection that is commonly caused by virus – common cold shows symptoms of running nose, mucous congestion, discomfort in the throat and sneezing. The NIAID (National Institute of Allergy and Infectious Diseases) showed in its reports that more than 1 billion cases of common colds are reported every year.

2.)    Anemia – A condition that is more common in women, Anaemia occurs due to decrease in the level of healthy red blood cells or RBC’s. RBC is the agent that is responsible for carrying oxygen in the body. Anaemia can occur due to iron deficient diet, destruction of RBC due to a medical condition, decreased production or RBC or genetic conditions. As per reports of CDCP (Center for Disease Control and Prevention), Anaemia took the life of 1.3 person every 100,000 people in the United States.

3.)    Hepatitis B – A liver disease that occurs die to Hepatitis B virus, Hepatitis B can occur as chronic as well as acute illness.  As per the reports of America Live Foundation, more than 5% of adult cases of Hepatitis B tend to become Chronic. Babies born with the infection have more than 90 % chances of suffering from chronic hepatitis B. It is also one of the diseases that tend to go for a long time without symptoms as a result of which the patient may not know of the ailment unless they have a blood test.

4.)    Diarrhea – A common GIT (gastrointestinal tract) disease, the condition presents itself with soft, watery stools and cramping in the abdomen region. Diarrhea can be caused due to multiple micro-organisms such as bacteria – Campylobacter, Shigella, Escherichia coli and Salmonella; Virus such as Giardia lamblia, Medicines, food poisoning and bowel disorders.

5.)    Gum disease – Also known as Periodontal disease, this condition is known to affect more than 80% of people in the States. One of the most common diseases – Gingivitis – a common gum disease causes the gums to bleed easily leading to redness and swelling in case treatment is ignored.

6.)    STDs – also known as Sexually Transmitted Disease – they are one of the most common communicable diseases in the world. As per reports, there are more than 20 types of STDs affecting 13 million Americans each year.