Swine Flu is also known as Swine Influenza. It is a syndrome that is usually found in pigs and thus hits and occurs only in those people, who are mostly in contact with those pink coloured not so hygienic animals. 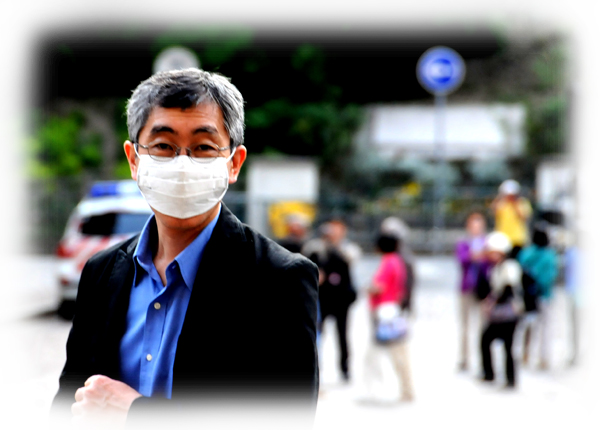 There may be experience of vomiting, nausea, fatigue as well as pain and jitters in the joints and also a fever and inability to think are often experienced.

Influenza A, Influenza B and Influenza C are commonly seen and reported in pigs and humans! Influenza A to a great extent and Influenza C to a certain extent are common in pigs! These are the 3 classifications in Swine Flu! Japanese and Californian kids usually experience the outbreak of the mild Influenza C. It does not however cause pandemic in humans and does not infect birds. It has its death toll playing on pigs and humans only. H1N1, H1N2, H2N3, H3N1 and H3N2 are the subtypes of Influenza A observed in humans especially in USA. (H1N1, H1N2, and H3N2 are the sub types of Influenza A observed in pigs!

In pigs, influenza infection produces fever, a lot of laziness as well as difficult breathing signs and symptoms! They may be sneezing and coughing all day too! It is sure about, that the pig has infected its flu! Pigs tend to eat less at such a time and the pregnant pigs may even have to face the abortion of the baby pig. There can be a lot of weight loss experience as well as poor growth and instability in function may be observed in them.

Diarrhea, vomiting, headache, inability to think right, chills as well as pain in the joints, vomiting and fever may be observed in individuals suffering from influenza. Respiratory and kidney failure as well as electrolyte imbalance may be observed when it comes to humans infected with the disorder!

There are cell linings in the nose, throat as well as the lungs which may be struck by the infection of the virus! When such a contamination is inhaled or taken into the body in any form through the nose, lungs or even the throat can lead to swine flu. Eating pork infected with swine flu is not how one gets infected. However, it is necessary to keep away from pigs and humans as well as birds infected with the H1N1 virus, as it is contagious and spread rampantly being one of the major causes of the outbreak of the swine flu.

Swine influenza also known as swine flu can be diagnosed and confirmed by culturing and testing the samples of respiratory secretions! It is these secretions from the nose, the throats, the sputum as well which can help in diagnosing whether the cell lining of the nose / throat was infected with the virus and taken within the body. These are expensive and are thus not done usually. Rapid tests are available to give a general idea if an influenza strain is present, but they may not be very accurate and thus may prove very ineffective!

It is extremely important to look after your health as well as hygiene conditions in order to keep the swine flu at bay, especially when you know that there has been an outbreak of the syndrome in the atmosphere and environment. Keeping away from pigs is extremely important and as important is to keep away from the person or birds that have contracted the same disease.  Washing your hands with disinfectants as well as alcohol to keep bacteria and virus away is very important! Make sure you are covering your mouth by sleeves or a clean cloth whenever you sneeze or cough! This is very important to help yourself away from the virus infecting you nose or throat! Prophylaxis are preventive medication as well as vaccines are designed to keep the virus away from humans! They should be administered.

No school, No work, no community attending is extremely important! You have to stay at home! This is a remedy! Over-the-counter medicines like ibuprofen or acetaminophen may be used to reduce fever or aches. Aspirin may also be used for the rescue as an OTC. It is necessary to read the leaflet of the medicine to follow the instructions and dosage in the cases of swine flu. Drink al lot of water and other fluids as well as take a lot of rest to recover from the symptoms.

Following are the warning signals to be looked for in order to start taking precautions against swine flu! They are fast breathing or trouble breathing, skin is bluish or grey, blue or grey lips, not drinking enough fluids, hasn’t peed (passed urine) in many hours, or no tears while crying, lots of vomiting (throwing up), not waking up, not paying attention to anything, cranky. Such sings when seen in the person or the pig, should be kept away from the healthy counterparts as they may just invade the health of the others too, on account of being contagious.

Questions to Ask your Doctor

It is necessary to ask your doctor, the cause of your virus, its type and of course the treatment, what over the counter drugs and other home remedies you can take up as well as the time you would take to recover to your normal routine can be important queries. Not only that it is also important to know if this is the contagious counterpart and how you can enable yourself to keep it away from your family member and others. To know whether the relapse is possible is also an important matter of concern. The vaccinations available to avoid the other sub types in the future as well as the immunity raising substances to protect you from such viruses are also important question marks!

It is extremely important to know that eating pork will not give you the swine flu or the swine influenza! Swine flu is a respiratory virus, spread from person to person. In other words: A sneezing chef is a threat! Alarm! Thus, it is necessary to be off the fact that swine flu comes from eating the pig. However, a sneezing pig could grant you the germs and not only that, a person or bird infected can also make you suffer the same!