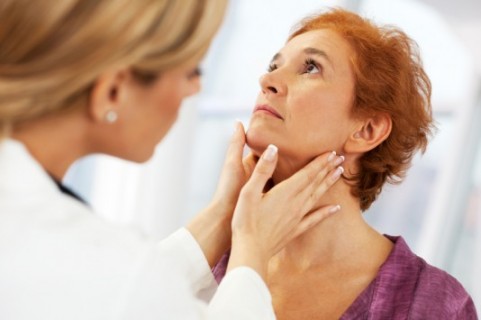 The metabolic processes in the body are regulated for normalcy by these hormones produced by the thyroid glands! Thyroid diseases are one amongst those unfortunate scenarios whereby the diagnosis may be very difficult and 50 percent of the times, it may be undiagnosed!

If your family has been prey to such thyroid problems in the past or is currently suffering from it too, then it is an obvious factor that the hereditary factor is going to possibly play its toll on your health too! It is in the genes and can pass down from one generation to another! More prone to this one, are the women rather than the males and as much as one out of every 5 women can catch hold of such over or under producing thyroid glands! Women and even men, who age, are at higher risks of contracting the thyroid problems!

The thyroid gland is a butterfly shaped gland that covers the windpipe and utilizes the iodine from the salt as well as the sea food that one consumes from their daily diet! The over or under consumption of this iodine from food can result in different disorders such as graves’ disease, toxic adenomas, pituitary malfunctions, cancerous growths as well as defective and lack of the thyroid completely!

Even if you are one amongst those, who has been prey to acne for which you might have taken the radiation therapy, you possess more than 50 percent of the chances to get the hazardous and life threatening thyroid cancer! Consumption of soy products in an excess amount such as the soy protein, powders and capsule can lead to the malfunctioning of the thyroid gland! Certain heart disorder drugs as well as lithium can lead to under production of the thyroid hormones called hypothyroidism.

Kelp and bladder wrack are iodine supplements which when consumed in excess or less amount may lead to the problem of thyroid glands and hormones! Nasal radium therapy as well as radiations received even in the form of x – ray tests can be very harmful and especially more when it is in the case of women as they are more prone to falling prey to the hazards and demons of thyroid glands! If there has been any surgical process for removal of the thyroid gland it is an obvious scenario of leaving you in the condition of hypothyroidism as now the amount of thyroid hormones released will be less! Radioactive iodine treatments and others to pull you of the excess thyroid glands may leave you with a shortage of the same along with its symptoms and harsh signs!