Personality Disorders And Its Types

Personality can be of varied types and the disorders related to the persona of a person can be clustered in to 3 types! The type of people living on the earth who suffer from the personality disorder could be one of these 3 types and the ideology of being “subjective” can also be born via the type of persona that one possesses. 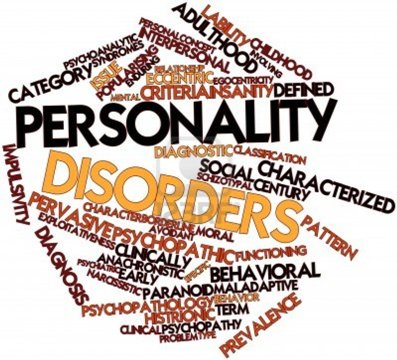 However, having a disorder of personality could be very embarrassing and unhealthy when it comes to being a butterfly in social groups! To be disturbed by how people react and respond to your existence or rather being over exaggerated about such instances can do a lot of harm and hazard to oneself!

Ever heard of the paranoid personality disorder? If you have a friend who just suspects out of no reason, has futile motives and can go out of the way to play those blame games with friends and families with no evidence at times, he or she is definitely showered with the personality disorder of this type! Being paranoid and unable to see their own role in the conflict, such people take legal actions against anyone and everyone and land up being tagged psychotic! They are characterized as being cold and apathetic in building relations!

Are you the introvert from your entourage? Want to be a loner and want to be solitary? Well you may probably be from the chunk that owns schizoid personality disorder! You would want to run away from social gatherings and are probably emotionally cold. Running away from closeness or intimate moments with someone and talking less are the features observed in them. Such are people who day dream and can navigate away in their own thoughts most of the times! This talks about Cluster A.

Another Cluster B is the second criteria whereby a person may be dramatic or erratic in their behavior! Are you constant in your act of seeking attention and are very obsessed about your appearance? You probably are from those who re erratic in the behavior and belong to the hysterical personality disorder type. The Narcissistic personality disorder type is another one whereby a person possesses the sense of seniority and does not really empathize on anyone else in the gathering. These are the ones who constantly want the admiration from around to feel at their best! The anti-social counterparts are the ones who cannot bear clustered surroundings and tend to react when around too many social butterflies, whereas the borderline ones are those who feel abandoned!

Cluster C is the personality disorder type whereby the person who is suffering from it is the anxious and inhibition kinds! The ones who pile up and give way the responsibilities and duties on the heads of others are of the dependent personality types and the others may just be avoidant types who are very oversensitive about themselves being rejected and are the ones who consciously and continuously desire appreciation as well as love and affection!

There are various types of personality disorders and however one may not be most aware of what is being suffered or what the other person in the conversation may be going through!