Whatever the disease, small or big, but when it occur it causes problems and uneasiness. There are many diseases which are small and also have a quick cure but for the duration it remains it make us feel unhealthy and devastates our life. 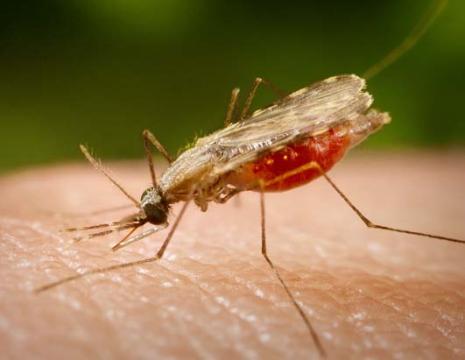 Malaria is one of them, it is a very common disease, mostly found in tropical areas such as Africa, Central and South America, Indian subcontinent, Pacific Islands and South East Asia.

Malaria is a grim disease that causes high fever and chills, it is an infection caused by parasites that paves its way through blood by the bite of mosquito, and parasite (transmitted by mosquito) is also called as plasmodia. Plasmodium parasite is largely spread by female Anopheles mosquitoes – night-biting mosquitoes. After infection, the parasites go through the bloodstream into the liver, where they grow up and let loose to another form – the merozoites. It enters the bloodstream and infects red blood cells. The parasites multiply inside the red blood cells, which then break open within 48 to 72 hours, infecting more red blood cells.

The symptoms usually occur first in between 10 days to 4 weeks after contamination, though they can come into sight as early as 8 days or as long as a year. The symptoms transpire in cycles of 48 to 72 hours.

Most signs are caused because of: The discharge of merozoites in bloodstream, anemia resulting from the damage of the red blood cells, and large quantity of free hemoglobin being released into flow after red blood cells crack open.

Malaria can also transfer from a mother to her unborn baby and by blood transfusions. It is carried by mosquitoes in moderate climates, but the parasite vanishes in winter.

There are four types of widespread malaria parasites. Newly, a fifth type, Plasmodium knowlesi, has emerged causing malaria in Malaysia and regions of Southeast Asia. Another type; falciparum malaria, which affects more red blood cells comparing to other types, making it more serious. It can be deadly in few hours of the first symptoms.

The main two categories of malaria, that is malignant malaria and benign malaria.

Symptoms To Take Care Of

As said earlier but to remind you again, symptoms of malaria can begin as early as 6 to 8 days past bite by an infected mosquito. They include:
High fever – up to 105 degrees Fahrenheit, with shivering chills

If action is not taken abruptly, then you can end up with more Sevier complication. Majority of people with these complications are infected with the P. falciparum type.

Clinical symptoms connected with travel to countries that have recognized malarial risk, propose malaria as a diagnosis. Its tests are not regularly planned by most physicians so travel history is critical to identify. Alas, many diseases can imitate symptoms of malaria. Therefore, doctors have to suggest the correct particular tests to diagnose malaria. In absents of travel history, it is expected that other tests will be structured initially. In addition, the long incubation periods may lean to let people to forget the original experience to infected mosquitoes. When the doctor inspects you, he or she may find an engorged spleen as it generally swells during a malaria infection.

To prove the analysis of malaria, your doctor will take samples of blood to be observed on glass slides. These blood smears will be blemished with unique chemicals in a laboratory and tested for Plasmodium parasites. Blood tests will be taken to decide whether malaria has affected your levels of red blood cells and platelets, blood chemistry, ability of blood to clot, and liver and kidney function.

The poisonous disease is treated with anti-malarial drugs and actions to control symptoms, together with medications to control fever, fluids, anti-seizure medications when needed, and electrolytes. The medications that are used to care for malaria depend on its severity and the chances of chloroquine resistance. The drugs available to treat malaria are as follows:

As people with falciparum malaria have ruthless symptoms, they might need to be monitored in the intensive care unit of a hospital through first day of treatment since the disease can give roots to kidney failure, coma and breathing failure.

For pregnant women – chloroquine is the preferred treatment for malaria. Proguanil, quinine and clindamycin naturally are used for pregnant people with malaria that is anti to chloroquine.

Mostly people who live in nearby areas where malaria is common have develop some immunity to this disease. But visitors to the place will not have immunity, so should take preventive medications.

It is advisable to consult your physician prior going to trip, as treatment may require starting 2 weeks before travel to the region, and prolong for a month or so once you leave the place. In 2006, the CDC reported the negligence of most travelers from the U.S. who contracted malaria was their abortive to take the accurate precautions.

The quality of anti-malarial medications approved will solely depend on the area they have gone. CDC Parse, travelers to South America, the Indian subcontinent, Africa, Asia, and the South Pacific must obtain one of the following drugs: doxycycline, mefloquine, hydroxychloroquine, chloroquine, or Malarone. Even pregnant women should choose preventive medications as the risk to the fetus from the medication is less than catching this infection.

Chloroquine as because of it resistance, it is now only recommended for use in areas where Plasmodium vivax, P. oval, and P. malariae are in attendance. Falciparum malaria is also becoming resistant to anti-malarial medications.

For tourist leaving to the region where Falciparum malaria is present, then their options for malaria prevention, includes doxycycline, atovaquone/proguanil and mefloquine.

Consult your physician prior you take a trip to a country where malaria is common, so that you can take some preventive measure. After you arrival, call your doctor if you extend a high fever within the few months. Call both the time and take suggestion from your doctor, and share if any problem occurs in your body.

The prognosis of malaria patients is good; many recover with no seen problems, except infected with P. falciparum or P. knowlesi, which possibly have fair to poor results if not treated immediately. Children under 5 years of age, Infants, pregnant females, and those with dejected immune systems often have a fair to poor prognosis if not treated early in its infection.