Everything You Need To Know About Sinus Infection

Sinus infection is famously known as sinusitis in medical terms.  It is a very common and prevalent medical condition all over the world and has affected millions and millions of humans. 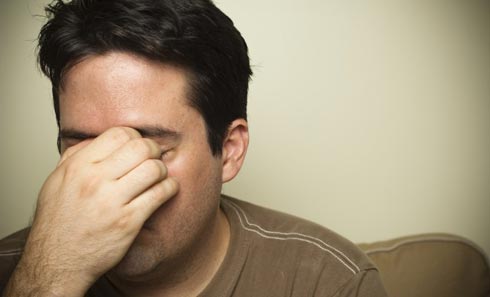 Sinus is basically caused because of inflammation of our nose. The nose becomes extremely swollen and red in color. The sacs in the front of our face are all filled up with air.

Our nasal cavity acts as an opening of the sinuses.  These openings can be easily blocked by any form of swelling caused due to viral or cold infection.  This blockage of the opening leads to the mucus being improperly drained which finally causes sinusitis. This medical condition is more common in adults rather than the children. The patients suffering from this disease have an ever constant and grievous pain in their head.  The main problem which arrives is to distinguish a normal headache to a sinus headache. In case of the sinus headache the pain is not spread all over the head but is centralized to a single point. Most of the patients suffering from this pain complain of excruciating pain in the frontal side of their face. The sinus pain increases considerably by leaps and bounds when the patient bends over or lies down as the bending over increases the pressure on the sinuses. Some of the other signs and symptoms of this disease are difficulty in breathing, blockage in nose, cough, cold, congestion and watery eyes. These were some of the very minor symptoms of sinus but in some cases it might even lead to severe symptoms like dental pain and high fever.

Sinusitis can be divided into four broad categories depending upon the period of inflammation. They are:

Acute sinusitis is a condition in which there is a surprise and sudden occurrence of symptoms of cold. This state generally lasts for a span of four weeks or more. When these signs exist for more than four weeks and lasts for eight weeks, it can be a confirmation of sub-acute type of sinusitis. On the other hand if the symptoms exist for more than eight to ten weeks with the symptoms becoming more severe and worse, then this could be a warning bell for chronic form of sinusitis. And if these symptoms exist for months or the sinusitis attacks keep reoccurring throughout the year then this could be called as recurrent type of sinusitis.

Sinusitis is not such a serious medical condition and it can be fully treated with the help of good treatment. The primary treatment available for the disease is by the usage of decongestants. There are a variety of decongestants sprays available in the market that can be used on the area affected by sinusitis and provide relief to the patients. They are a great help in alleviating them of their pain. Consuming antibiotics is not that important in this disease as the disease is caused by viruses.