What Exactly Is Metabolic Disorder?

As we’re aware that metabolism is a process of breaking the food into small components. These components act as a various source of energy. The body either uses these components for the daily activities or stores them for the future use. But, in some cases, there is disrupts caused by the abnormal chemical reaction in the body. This is known as metabolic disorder. 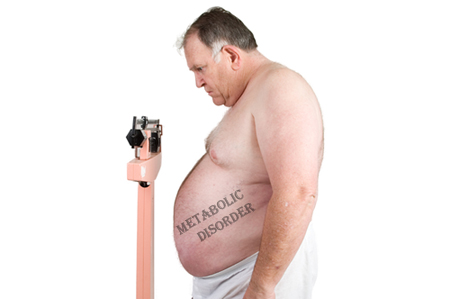 Normally, the metabolism breaks down the food into simpler components like sugar, carbohydrates, fats and other. In people suffering from the disorder, the basic action of metabolism is disturbed. In some cases, the disorder could be inherited and in some, they are being acquired by the age. Those who suffer with it get too much of one substance or too little of another resulting in health.

Also, one can develop the disorder in certain organs as in liver or pancreas. One such example of metabolic disorder is diabetes.

Along with causing trouble in breaking down the food into smaller or simpler complex, this could show its intense symptoms from person to person. Following are some of the common signs:

The basic reason behind this order is the disrupted metabolism functions. It is divided into two types; inherited or acquired. Following are the causes accordingly.

There are various examples which explain the inherited disorder. It can be classified on the basis of the food type that gets blocked such as carbohydrates or fatty acids. This disorder includes:

Apart from inherited disorder, one can also develop it in the course of time. The following could be the possible causes for it:

It is important for every human to have a well functioning metabolism. The disorder could lead to various troubles in life. It is important that you see your consultant sooner in case you are showing any of the symptoms.