Know About ADHD In Adult

Attention Deficit Hyperactive Disorder (ADHD) is considered as the neurological disorder which is commonly found in kids. Though, shockingly, the same disorder was found in adults too. This happens as the kinds suffering from this disorder inherit the same into their adult life. 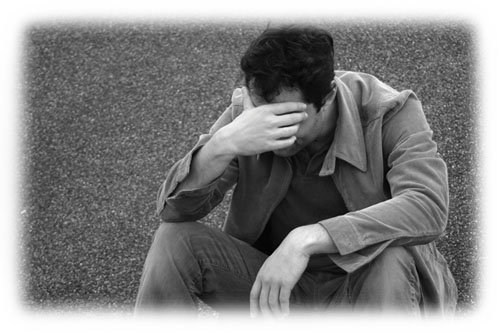 Those adults who are suffering from this disorder would face memory related difficult, as in following direction, remember information, organizing or completing the task on time or even concentrating. They may also show academicals, social, emotional, behavioral and vocational problems.

1)  Concentration Problem: Those adults suffering from ADHD would find it hard to stay focused. You would observe that they would zoning out in the middle of the conversation. They would even find it difficult to stay focused while reading or listening to music.

2)  Incomplete Task: It was also observed that those adults affected with this disorder find it hard to complete the task. For them, even completing the simplest task would turn out to be a challenge.

3)  Poor Listening Skill: They won’t have a good listening skill. This way, they would listen inappropriately and would also face difficulty in remembering them. They would also be bad with directions.

4)  Disorganized: The adults with ADHD will face difficulty with organizing things. The place their work, home, room and even car would be disorganized and cluttered. Not only that, they would also face problem in starting or finishing up a job.

5)  Forgetfulness: They would easily forget things and conversations and thus would keep on misplacing their important things. At the worst, they might even forget the appointments, deadlines and commitments.

6)  Poor Self-Control: These people have poor self control and thus are not able to think what they say before they speak. This way, they would simply utter the words without thinking of the consequences. They would also talk over others and interrupt them frequently.

8)  Troubles Staying Motivated: These adults would find it hard to stay motivated for a long period of time. They would get out off the track frequently and then would again try to motivate themselves.

9)  Get Bored: These people get bored very quickly. This way, they would find it hard to stick to one thing for a longer period of time.

10)  Mood Swings: One would notice that people suffering from ADHD would find it hard to hold on to one mood for a longer time. They would face mood change more often.

11)  Short Tempered: These people would have a short temper and will burst out easily.

There are certain medications available in the market which would help you to improve the ADHD. But, there are other ways too. The diet seems to play a very important role in treating the ADHD in adult. It is necessary that you eat right and exercise more. This would help you to stay fit; both mentally and physically.

You can also opt for a proper time and anger management. In this case, visit to a therapist who can guide you in this or seek the help of your peer ones. Initially you might face trouble but then gradually, everything would turn out good.

You also have to make sure that you are getting the appropriate amount of sleep. Sleeping helps your body in various ways. Also, you need to take time for your social commitments. You need to increase the bonding with your family and friends. Make a note of all the important appointments so that you don’t miss any.

To deal with ADHD isn’t a tough job. All one needs a proper attention and a developed self-control. As this disorder is not easily found, the above symptoms would help you with it. Once you know that you’re suffering from it, you can have the mentioned solutions. Also, you can consult your doctor regarding it.