How To Deal Easily With Technology Stress

Did you often check your cell phone? Are you more active on Facebook or Twitter than in real life? Do you take the help of the Internet even for the slightest and easiest thing? Are you depended upon the gadgets so often? Do you have too many of Technological gadgets with you? Well, all the above questions are true then surely sometimes you just feel so unsafe and insecure. 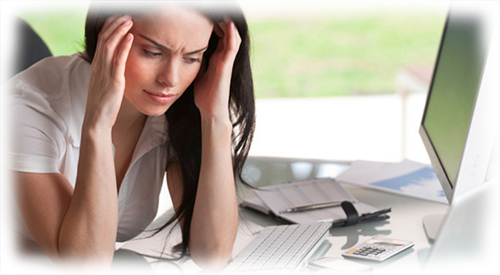 These all gadgets have really helped us a lot. But, as they say, every coin has two sides, these gadgets have also provided stress or anxiety to many, at the same time. Some people so much obsessed with these gadgets that they even can’t imagine a life without them. This can have various side effects on your body and mind.

There are some easy ways to calm you down and take a breath in the real life. Firstly find out the time you spend in a day with technological gadgets. You would be surprised to known that a research shows that an average American spends his/her 6 hours in a day with these gadgets, which includes Television and Video Games. Could you ever imagine that you’re spending so much time with gadgets? In those 6 hours, one can do lots of things.

Once you’ve done it, the next step should be to control the usage of these gadgets. It won’t be an easy task as you’re used to operate them all so often. So, try doing it slowly and take baby steps towards it. For instance, the one who is working in a company can have a signature saying that you answer your email in such specific time and if you need an urgent reply then please call. Make sure that you check your emails on the mentioned time; not before it and not after it. Also, one can try to reduce the usage of other gadgets too, in the almost similar way.

After doing this, if you realize that you are getting habituated of living without these gadgets without checking them in every few minutes; it’s time to move to the next level. Make a ‘To Do list’ for the day. We all do have certain priorities in our day but then this would be helpful as in you would be paying attention to that list rather than paying attention to your accounts in social networking sites.

Remember, being active in virtual world won’t help you achieve the goals in your real world. It is important that you work towards your goal, in the real world rather than in the virtual world. Once you would be getting used to this life, you will observe that there is a lot more to do than to check the emails, update your status or comment on any social networking sites.

Technology is helpful, no doubt, but then we should surrender ourselves to it. Getting obsessed with something won’t help you in long run but would affect your health. When one gets involved in the virtual so much, he/she actually cuts him/herself from the real world; which is certainly not a good thing to do. So, follow these easy steps and free yourself from the technology stress. Live a life in real world than on virtual world.