Not a state anyone would love to be in, Depression. A state where one feels sad and loses interest in things surrounding him or her. Depression is considered to be very risky if not taken appropriate measures to overcome it. It is a medical illness that makes you feel lonely and in an unstable state of mind. 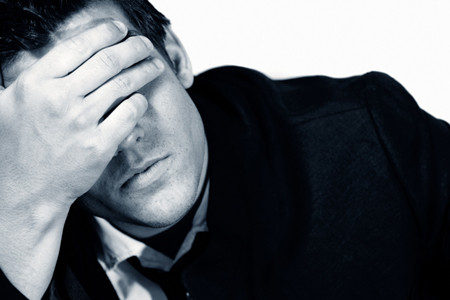 Depression has to be cured as soon as one can or else it may lead to physical and mental problems. You may lose interest in doing day to day activities and may not necessarily do your chores with the same passion you used to. You tend to feel that life isn’t worth living and may have such depressive thoughts.

One can take treatment in order to deal with depression and get back to the normal state of life:

There are several types of antidepressants which one can consume, like:

Many doctors would prescribe an SSRI for you in the first stage. The reason being it has very few side effects and are much safer than other antidepressant medications that may be provided to you by your physician. SSRIs generally include fluoxetine (Prozac), paroxetine (Paxil), citalopram (Celexa), escitalopram (Lexapro) and sertraline (Zoloft). The most common side effects one may see can be reduction in his or her sexual desire and the other could be delayed orgasm. Other ones could just include headache, at times insomnia and other digestive problems.

In SNRI the known common side effects are similar to the ones caused by SSRIs. These medications that can cure your depression but can also cause increased sweating, dry mouth, speedy heart rate and constipation.

This antidepressant medication such as tranylcypromine (Parnate) and phenelzine (Nardil) are typically prescribed to a person suffering from depression and cannot overcome it and thereby it is given as a last resort, when other medications haven’t worked. This is because MAOIs can lead to severe harmful side effects which can be detrimental for your body. They require a very strict diet which needs to be followed because of deadly interactions with foods, such as certain kinds of cheeses, pickles and wines, and some other medications including decongestants.

Bupropion (Wellbutrin) comes under this category. It is one of those antidepressants that do not cause any sexual side effects. When consumed high doses of this medication, bupropion may increase your risk of having seizures.

It is very vital for any individual suffering from depression to consume a proper prescribed medicine by his or her physician as every drug or dose you consume as different foodstuffs may have a different effect on your body which can lead to major complications. One need to be positive and the will to overcome the depression as only then the medication and treatment will work. Pull yourself before you think you are moving towards this dreadful disease.