7 Things You Should Know About Anorexia

Anorexia nervosa is anillness or disease considered as a person’s inaccurate image of the body. An exceedingly thin person may perhaps sight oneself as being overweight. People who suffer from this illness become obsessed with dieting and weight loss. In the process of losing weight, people often tend to forget about their health. 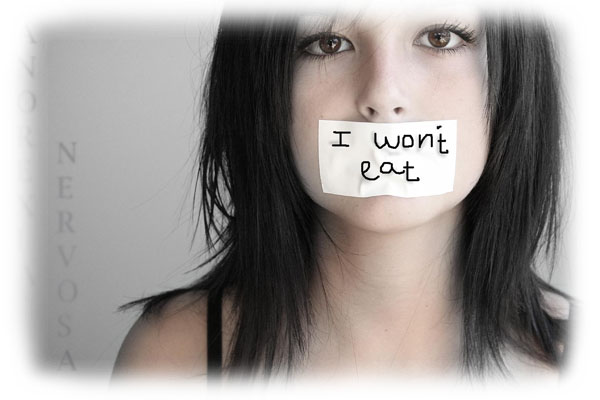 Today’s young generation wants to look good and skinny like super models and beauticians, but they forget that they have a dietician to take care of their health. Not that an urge to look good is bad, it’s just the matter of health that is overlooked by the people in order to lose weight.

Some things that are necessary that you know about anorexia are that it’s not an eating disorder; it is a mental obsession of a person to lose weight and look thin and skinny. It all begins with a practice to eat less food, in order to look thin and leads straight to starving oneself because they become obsessed with the skinny look. They don’t realize that their starving habit may kill them. It is very difficult to treat an anorexic as they do not want to take anybody’s advice.

There may be many causes to anorexia like it can be genetic, could be because of nutrition, a chemical imbalance in a person’s brain and the type of upbringing can also be a possibility to cause anorexia. But believe it or not, the root cause of anorexia is the urge or thought to look thin and skinny.

Anorexia affects the body in such a way that it creates imbalance in the body which leads to stress and fatigue.  This is just the start to anorexia it can further lead to the failure of the body to produce and accept nutrients.

An important thing about this disease is that it is yet does not have any cure for it. The only way to get a better effect is consulting psychologist and by giving opinions to the person suffering. Doctors mostly give medicines that can treat depression and stress to certain level.

Anorexics don’t just suffer from weight loss but others too. Thinning of hair, heart palpitations, anaemia, constipation, bloating are some other effects as the disease progresses and worsens by time.

It is often said that women are more prone to anorexia, but that’s not true. Men too are affected by anorexia. It can also lead to kidney failure and heart attack. With men who are fat or even healthy want to lose weight and look like the celebrities they like.

The most important element towards the treatment of an anorexic is support. There are many teenagers who are affected to anorexia by peer pressure. The desire to be curved and well maintained is more in teens as they are in a society that appreciates that appearance of the women more.

In order to treat anorexia it is very important to consult a nutritionist so that the body gets back that it loosed. It is very important to take care of the person and convince them to get the required treatment. Love and care can treat it better than any medicine. Forcing is not appreciable.