Impact Of Technology And Computers On Health 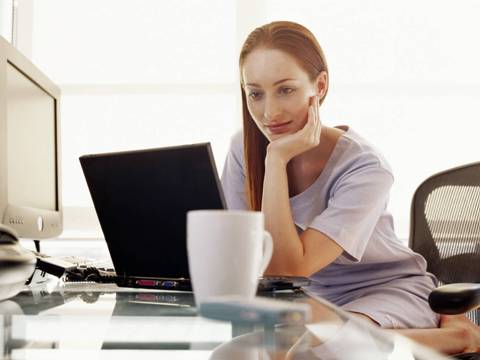 The impact of technology and computers can be divided into direct and indirect effects. The human health faces some threats through radiation. The remaining indirect impacts are ones that incur due to prolonged hours of sitting in front of the new ‘idiot’ box.

Direct Effect Of Technology On Your Health

Long-term exposure to the unseen radiation via electronic items including the computer increases the risk of all forms of cancers. The chances of getting tumors, blood disorders and miscarriages are also on an all time high.

Radiation exposure can cause the skin to burn allowing it to age before its time. The damage that is caused due to the sun and technological radiation is more or less the same. Many electronic items including the cell phone expose us to a myriad of health issues.

Several researches that have taken place in the course of time, regarding technology and its impact on our daily lives have similar findings – the radiations are incredibly harmful. In the case of a brain cancer named ‘glioma’ and acoustic neuroma, which is a slow growing non-cancerous tumor in the ear, our technology has a lot to be blamed for.

Placing calls on devices like the mobile phone instead of texting or emailing increases the threats of health concerns. This is because the exposure level of a user towards radio frequency shoots up during a phone call. Surprisingly cell phones are covered in bacteria, causing oils to stick to your face resulting in unwanted pimples and acne issues.

Blackberry phone users must pay important attention to the existence of the ‘Blackberry Thumb’. Yes, the magical little ball that helps you scroll on your device can actually be responsible in causing tendonitis, a thumb injury and added anxiety when you cannot use that thumb to a better use.

Computers cause insomnia as mentioned earlier. The brain is constantly giving you signals to check your Facebook account for notifications that appear on your latest status, disallowing you to sleep. Smartphones, Twitter accounts and other social media are a big nuisance to a human’s necessary hours of sleep.

Excessive typing leads your wrist to a painful state called the carpet tunnel. Constant neck and back pain including recurring headaches could be an alarming reality if you do not lessen your hours around the technology you are surrounded by.

Indirect Impact On Your Lifestyle

Obesity tops this list. Undying hours in front of your laptop makes sure that you are not healthy enough to scrape through your old age without any cardio vascular problems. Virtual friends make sure that you have a great time online, but what about the real world you live in?

Computers cause anxiety, low self-esteem and disorientation. Headphones and loud music have caused several accidents all over the world. Pedestrians have died and so do drivers while talking over the phone. Do not just turn down the volume, it is far more important to be careful and attentive when you are crossing a street.

Families are leading a nuclear life. Everyone at the dining table during a meal is submerged into his or her smart phone. Where in such a state is there time for some real quality time? Reduce your affiliation to all forms of technology you have been smothered with from dawn until the wee hours of midnight. And automatically reduce the risk of all the issues you read about in this article.