We all are aware that men and women are different. But, we have little idea on what goes inside these bodies which define them as two different personalities and gender. There are biological changes which plays an important role in creating these differences. 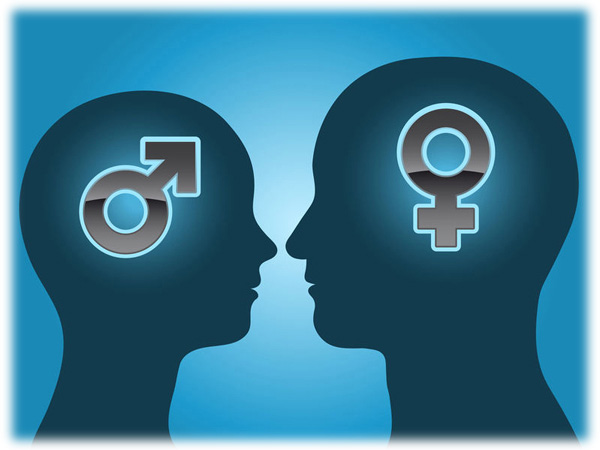 Here is the little insight to those differences which would help you understand these two genders.

In a day, a man produces as much as 6-8 mg of testosterone. On the other hand, a woman produces more of estrogen. This production of different hormones is responsible behind their characteristics. These shapes not only the body structure but also the sexual differences in both the genders. These hormones also play role in the way they behave. Testosterone makes men more aggressive than women. On the other hand, estrogen makes women less physical stronger as compared to men.

In women, estrogen plays role in shaping the woman body structure whereas the same hormone, despite being present in men’s body, shows no such known function. These hormones are also the reason that women have a soft voice as compared to men. Testosterone is behind the voice and the body structure and masses that men have.

With time, women’s estrogen number falls due to which her reproduction possibility decreases but in men hasn’t been found yet. This means, a man can be able to reproduce till the time he is alive. These hormones are also responsible in defying the male’s emotions. Estrogen, which is more in women, makes them more expressive and emotional when compared to their male counterparts.

Women are also considered to have stronger senses than men. This means, they can smell better than men, have better color differentiations and identify odors. They also show higher levels of verbal frequency as compared to men. Women mature at an early age whereas men take time to reach the maturity level.

Personality Differences Between The Two Genders:

Men are considered to be more aggressive than women and women, on the other hand, are more diplomatic. They believe in not getting involved in any sort of fight till the time it can be avoided. Whereas men think of fighting it is the instant solution.

Men are more logical as compared to women. That’s why women are called too emotional. Men are independent and believe in solving the problem by their own without discussing it to anyone. Whereas, women need someone’s help to solve the problem. And when it needs the involvement of physical power, then she surely needs help of a man she feels comfortable with.

Due to the hormones formations, the women’s brain is bigger as compared to men. This makes them to express them well through words and body language. It also makes difficult for a man to understand those emotions. Women can also understand and judge the other person’s intension easily than men.